Lawrence Maleka talks about being the guy in demand in showbiz

“What these rewards and accolades come to is testament that there's power in keeping your silence and keeping your head down and focusing on the product.” 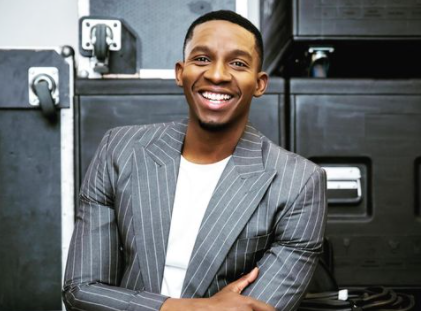 Lawrence Maleka said his accolades prove that people resonate with the work he does as a presenter and actor.
Image: Instagram/ Lawrence Maleka

TV personality, award-winning actor and TV host Lawrence Maleka always has an ace up his sleeve with his slick hosting and acting skills.

He is no newbie in the industry and on Saturday night when he walked away with two Dstv MVC Awards he told TshisaLIVE he is grateful his success was not overnight and he put in the work.

“Having walked away with two awards on the night, what stood out for me is, again I reiterate, it's the testament to the work.

It became clear that to the viewers, the people at home, that the work I do, people resonate with it and for me that's the most important thing.

“I think I've been working hard for a while now, so for me what these rewards and accolades come to is, again testament that there's power in keeping your silence and keeping your head down and focusing on the product, and I've always been a firm believer in that. I've always been about the work and I've never been one to announce.

I think half, if not most of everything I've done has always just announced itself. I think once you start paying attention to the work it will resonate and it will make the noise and that's what I want people to know me for, just the work and the attention to detail of the work.”

Lawrence said learning his craft over time was what made what he does look so seamless.

“What I'm most grateful for in my journey is that it didn't happen overnight, I appreciate that so much. I have the experience of working behind the scenes and understanding the industry, not just from being a personality or being an actor, but also from understanding production and all the elements from production, from pitching to organising crew to negotiating contracts to understanding the work.

“So as a talent we are standing in front of a camera I know a fair amount of the moving parts and what it takes to put the production together. I've always said I'm in love with the process more than the result.

I think the magic really lies in the process and once the process is done you can almost predict the results, so it's not wishful thinking.

So for me the process of learning over time is something I will never trade and I'm really glad that it didn't happen overnight.”

From the days when he hosted e.tv's music show Club 808 to now, the 32-year-old has got quite a resume and says when it comes to acting and presenting he goes out of his way to understand the brief.

“I've always taken time to pay special attention to what the brief requires. I think that's one of the most important things, understanding the brief, executing it as close to just being human. I think with both disciplines all you are searching for is the humanity and the purity in it.

I understand the audience, I understand the predominant market that I'm speaking to and the language and the palate that they are, and I think once you understand that it becomes a symbiotic relationship and with hosting its easy, because you feed off each other.”

The River actor said it's the connection he was able to make with audiences that he treasured what his craft could do.

“I try not to lie about how I'm feeling when I'm hosting. It's unrealistic for me that as a host you are always happy, but at the back of your mind you have to understand that somebody at home just had a long day and all they want to see is somebody happy.

I try to bridge the gap between the two, I will be upset with you and that's were the connection comes in, like I'm upset with you but lets work it out together. I think that's how I approach acting and presenting, both disciplines to me are very dear.”