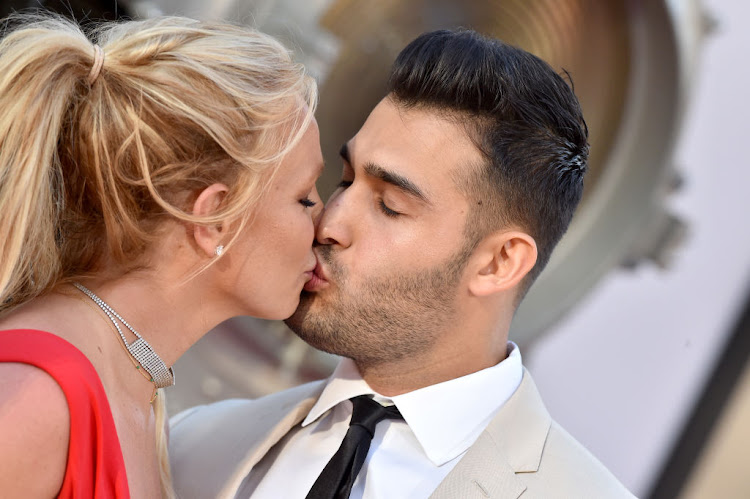 US pop singer Britney Spears and her hubby Sam Asghari have shared stunning and intimate pictures from their lavish wedding as it's revealed that they've moved into a new home together.

Spears, 40, wed the personal trainer and actor, 28, last week at her former home in Sherman Oaks, California. The nuptials were attended by the likes of Paris Hilton, Selena Gomez, Madonna and Drew Barrymore.

Days after, the loved-up couple took to social media to share pictures and details from the star-studded affair.

The Toxic hit maker shared numerous pictures and videos with her 41.6-million followers on Instagram over the weekend, including a lengthy post about the special day.

“Wow! Holy holy crap! WE DID IT! WE GOT MARRIED ... It was the most spectacular day! I was so nervous all morning but then at 2:00pm it really hit me ... WE’RE GETTING MARRIED! I had a panic attack and then got it together. The crew who created our home into literally a dream castle were fantastic! The ceremony was a dream and the party was even better,” she said in the post shared on Saturday.

The singer went on to thank the celebs who attended, including Donatella Versace, who designed her dress.

On Monday, reports emerged that the duo had purchased a new home, a $11.8m (R189m) Calabasas home close to her ex-husband Kevin Federline and two children, Sean and Jayden.

According to Daily Mail, the duo moved into their new home earlier this week.

This is the third marriage for Spears and a first for Asghari.

Spears married Jason Alexander, her childhood friend, in a surprise ceremony in Las Vegas in 2004 but the marriage was annulled shortly after. Nine months later, she married dancer Kevin Federline, with whom she had two children. That marriage ended in divorce in 2007.