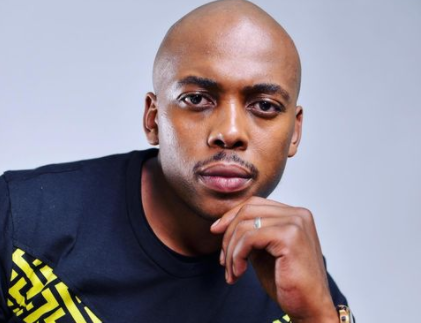 DJ Mobi Dixon says his nominations are a pat on the back and motivation for him to keep fighting for house music.
Image: Instagram/ DJ Mobi Dixon

Renowned house DJ and music producer Mobi Dixon says he is overwhelmed by the four nominations he received for #SAMA28.

Mobi Dixon and Msaki are in the second spot with nominations. Zakes Bantwini leads with a whopping seven.

Mobi’s When House Was House received the nod for the Best Dance Album, Album of the Year and Male Artist of the Year awards. The album’s title track featuring Mariechan and JNR SA has booked a spot in the Best Produced Music Video category.

Speaking to TshisaLIVE, he said he wasn't expecting four nominations.

“I'm so overwhelmed by the nominations, I didn't expect so much even though the album was big and getting love representing house music, the genre I live and die for. It is really great to see the industry giving that acknowledgment and pat on the back and the motivation to keep fighting for house music”

Mobi released his eighth studio album When House Was House last year, and he said his album set out to do what he wanted.

“It did exactly what I wanted it and more. We are reminding people where we come from with this genre and how it has given birth to other genres. I think it has really done that and now it has kind of laid a foundation to keep elevating the genre and keep contributing to the genre. If you look across the board the big categories are dominated by house music, despite what's happening in the industry. It is great for the industry to acknowledge, and it is great for the project to have contributed in that way.”

Speaking to TshisaLIVE last year , he said with his new album he wanted Mzansi to remember when house music was the be-all and end-all of the music industry.

“I basically wanted to take people back down memory lane, when house was the only thing that mattered. I felt like now people are neglecting house music and forgetting  it is actually the foundation of most of the music we consume.

“Also the genres that have been born locally, starting from kwaito to amapiano, started with house music. I wanted to remind people that first and foremost house music is our bread and butter. I'm basically bringing back those nostalgic sounds and  highlighting the different sounds that house music has influenced over the years.”