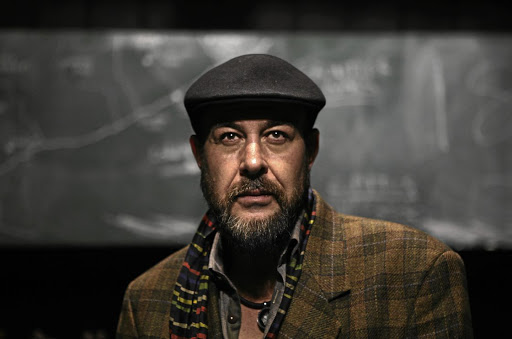 Family and friends gathered at an intimate send off for seasoned actor Jamie Bartlett at St George's Cathedral in Cape Town on Thursday.

His friends charismatic and full of energy in their tributes to their friend whose love, laughter and energy filled their lives.

Craig Freimond, who wrote for Rhythm City, shared with mourners that he got the opportunity to work with the late actor at the inception of the series.

Working together in theatre as well,  he said he marvelled at his friend's ability to immerse himself fully into his characters, giving them a life he has never witnessed.

“Those times in the rehearsal room with Jay playing together were without a doubt some of the happiest moments in my life, pure joy and creativity. Jamie loved to act. He loved to be immersed in a moment in character. He didn’t know how to do things in half measures. He did not know any other way besides full commitment to the moment. He hated and he lived in many ways.”

“I was lucky together with a group of people to help write and create with Jamie the character that became David Genaro.  I think it was Neil McCarthy, his old friend, who wanted to create a template for Jamie to bring every Joburg boytjie, every gangster, every mullet he had ever known and roll them into one sublime creation, and that’s what he created. What a joy to write for a character and an actor who would take your lines and make them soar. If he didn’t like your lines he would simply cross them out and make them up, often to better effect than yours. He loved that character so much it became a part of him or he a part of it and he played David to the hilt for 12 years . I honestly believe when David died part of Jamie died with him."

Craig read Rosa Onious' tribute to her life partner who lived with her until his untimely passing.