‘When the time is right, the world will hear my voice’: Kelly Khumalo on Senzo Meyiwa case 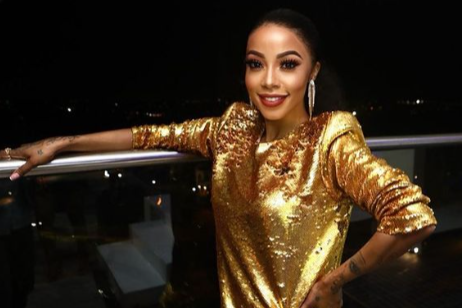 Singer Kelly Khumalo says she is prepared to appear in court should she be expected to after Senzo Meyiwa's murder trial was postponed to later this month.

The singer and reality TV star was among five people in a Vosloorus home during an alleged house robbery in 2014 when the soccer was gunned down.

The Meyiwa family have been crying for justice since the murder.

In a recent interview on 702, Kelly said she was not bothered by tongues wagging on social media and suggesting she could be linked to the soccer star's death.

“The noise is external [and] has absolutely nothing to do with me. When I’m needed, and when the time is right, the world will hear my voice. They will not hear my voice when they feel they should,” she said.

Kelly's lawyer Magdalene Moonsamy was excused from court proceedings last month and told eNCA last month she would continue making formal submissions regarding the outcome and other observations of the trial because her client remains a victim due to the state being uncertain whether she is a witness.

“My client has been co-operating, has been compliant with all the requests made by the state and by police. She's waiting for her day to find closure as well. I don't see how they can be prejudiced against a victim,” she said.