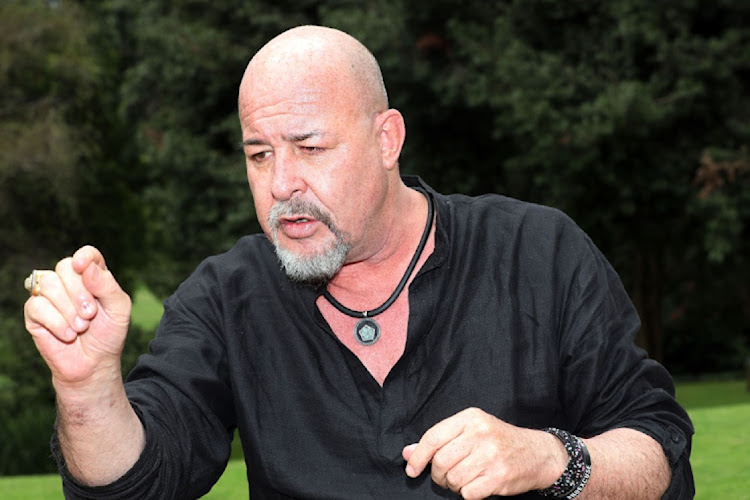 Jamie Bartlett's former co-stars have described him as someone who was spontaneous and treated everybody with respect and equality. File photo.
Image: Veli Nhlapo

As South Africans come to terms with the death of celebrated actor Jamie Bartlett, those who worked closely with the star have been left nconsolable by his untimely passing.

News of the star's death broke on Monday evening, sending shockwaves across the nation and leaving thousands in mourning.

Speaking to TshisaLIVE, many of those who worked closely with the star said they were unable to process his passing and were not in a condition to speak in tribute.

The few who spoke gave emotional recollections of some of the last moments they shared with the actor.

Connie Chiume, who starred in Rhythm City with Bartlett, said she spoke to the star days before his passing.

"It's a total shock because I personally spoke to him on Friday. He was cheerful as usual, the Jamie I know. The flamboyant Jamie who loves life, who loves people. We are still shaken. How can it just happen like that to a 55 year-old person? We were looking forward to seeing more of his creative skills. We are shattered."

She said Jamie was a disciplined actor who was always on time.

"I remember most of the time he and I were the first to arrive on set. He came to set prepared. You could tell he was prepared because we know we had to read the script and be ready for the day.

"That was Jamie for you, a spontaneous person who was so creative that he didn't just depend on what was written in the script for him. He would bring his own perspective.

"He played David Genaro. The way he played it it wasn't necessarily the way it was written, and he brought it the way he felt it should be. I know for everybody who was watching Rhythm City there is no-one who can say they don't remember David."

Zola Hashatsi, who played the role of DJ Shakes on the soapie, met Jamie in 2008 when he was presenting on the popular children's program Craz-e.

When Rhythm City first came to screens, Zola got the opportunity to interview Jamie and was a little star struck.

He said Jamie was very down to earth and respectful

"He was a larger-than-life thespian, a larger-than-life human. He was humane and human about everything and everyone. When it was lunch he would make the extras eat lunch first. He didn't treat your main characters different to the supporting cast, extras and crew.

"He was always on time, always willing to help. Whenever there was someone new in the cast he would introduced himself. He took interest in people. He was interesting and  interested in other people.

"He treated everyone equally. His work ethic was impeccable. Before going on set, if he had a scene with you he would rehearse with you

"He was that thespian we call coat hangers. When you finish performing you hang the coat and you bow out. He was a pure and true thespian."