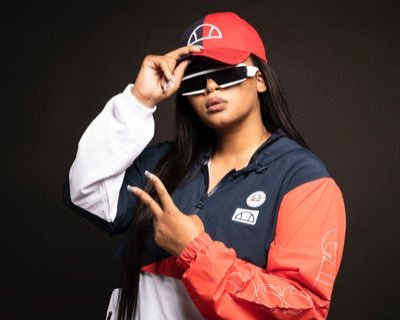 Lady Du and her mom had a moment and were emotional when she handed her the keys to her new car
Image: Twitter/Lady Du

Amapiano songstress Lady Du gave her mom the surprise of her life when she gifted her with a Merc as a prezzi for Mother's Day.

Taking to Instagram the star shared the clip of her handing her mom the keys and she was beside herself with excitement.

The pair were visibly emotional and shared a moment only mom and daughter can when showing affection.

“Today was the most emotional day of my life. I told her I wanted to take her out since I didn’t yesterday, Mom thank you for teaching me God, for being the strongest woman I know,” she wrote on Instagram.

Lady Du hogged headlines recently after her father, who is popularly known as  DJ Choc, shared a video on social media that went viral. Lady Du's father  slammed the amapiano star for apparently making claims she grew up in poverty.

“What is she doing now? She did not grow up poor, she had everything she needed. She is who she is because of me. Today you see me as a piece of sh*t but she can go around telling people she grew up poor,” he said.

Speaking to TshisaLIVE the star said her post was taken out of context and her father had caught wind of a misconstrued story.  She said her father was hurting, because they've always been close.

“My dad and I have always had a close relationship. He's my idol. As time goes by, with the industry and how we are, there are always people in the middle who want to see us break because we've always had a strong bond. I think that's why it's affecting him more emotionally.”