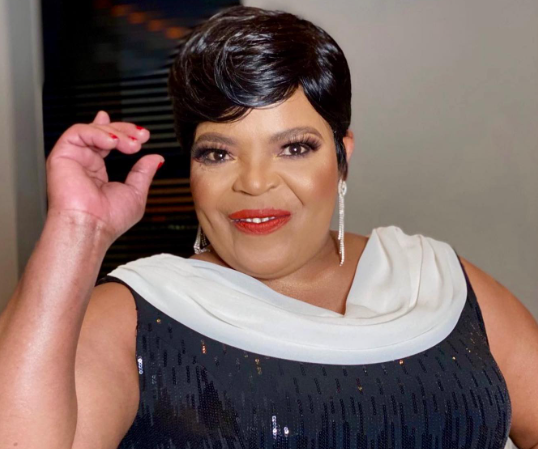 Dr Rebecca Malope says she's grateful for the prayers from her fans and is ready to move past the debacle that transpired at the live concert recording of gospel singer Bucy Radabe at Sun City Super bowl in the North West on April 30.

The veteran gospel star had her fans concerned on social media after she expressed how she was left hurt by an incident that transpired backstage.

According to Rebecca, before she went on stage to perform her hit single Nkarabe alongside Bucy, the singer's husband, manager Thapelo Thoboke, hurled insults at her backstage allegedly saying “f*ck off” when she refused to comply with a programme she was not informed about.

The retired gospel singer told TshisaLIVE that though the saga had left a bad taste in her mouth, she was willing to look past it in the hope that no-one else experiences “such treatment”.

“I prayed about it and I'm comforted by God. I'm fine now and by the prayers that Mzansi sent my way. That hole is closed now. I don't like to be angry, I like being in a happy space. I'm better now.

“The insults were not something I could accept. No-one deserves that treatment, from an upcoming artist backup vocalist or anyone doing the smallest job at a gig does not deserve that treatment,” she said.

Rebecca added that the verbal altercation she experienced from Thapelo had reminded her of the abuse her mother endured at the hands of her father.

“Abuse is not acceptable. It triggered my past abuse, I felt I was experiencing what my mother and sister went through ... you don't trigger that memory in my mind, don't trigger the memories which I have tried to heal from for so many years, and bring back those scars.”

I am so hurt, I've never experienced such disrespect as I did last night. I thought I'd be fine this morning but I'm not ok. South Africa please pray for my heart to be mended 🙏🏾

Regardless of the debacle backstage, Rebecca said she decided to perform because she understood that there were people at the venue who did not know what was going on behind the scenes.

Rebecca was at one stage prepared to pursue legal action against the singer's team if they refused to remove her footage from their production but because they accepted her request, there's no longer a legal battle brewing.

Thapelo issued a public apology to the singer, refuting claims that he had insulted her.

“I would like to convey my sincere and unconditional apology to yourself over issues that were not even meant for your ears ... Yes, emotions were high but in my sane and sober state, I’m fully aware that at no stage did I insult anybody. What I uttered was that if the song is not done the way we planned it on our recording, it will lose the whole idea of honouring you,” read the statement.

Rebecca says she has not received any personal communication from Bucy Radebe or her manager since the incident but was aware of the public apology they published.

“I've seen it but, I don't accept it for the fact that it's not true. Don't try to polish the wrong that you did.

“On the same day ... I tried to call him so we can resolve the issue then and there before it spiralled. He refused. I expected an apology in the morning. The only thing I saw was that the show was good and them thanking me. They were happy while I was crying so I decided to respond to Bucy. She kept quiet and I felt disrespected again. It was like they were pouring salt onto my wound.”

Rebecca said the statement was twisted as it did not address the fact that Thapelo had spoken directly to the singer and denied that he hurled insults at her.

“You don't invite me if I'm not important to you, tell me how much you want my song ... then insult me, telling me my song won't bring value ... this song is a multi platinum award, you can't tell me it won't bring value. I'm still eating royalties from that song.

“I don't like to be disrespected and insulted, I'm an adult here, a grandmother also.”