“I did not like Mohale. I only tolerated him because Somizi liked him so much, but he never got that love back.” 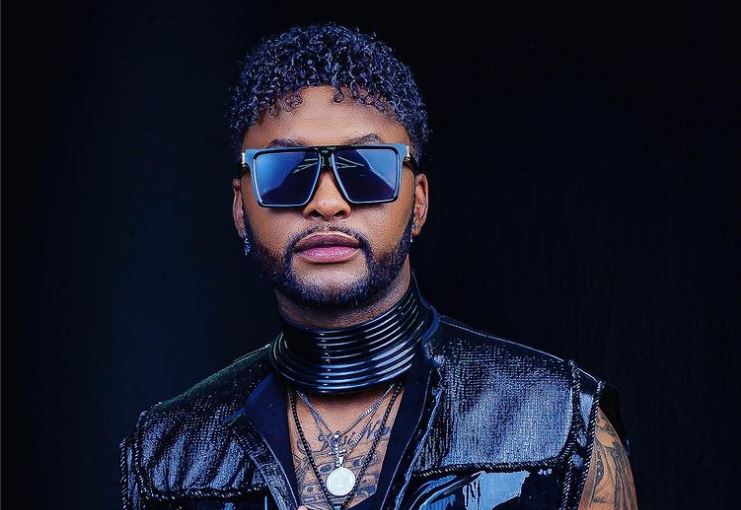 Living The Dream With Somizi season five premiered on Wednesday and the media personality and business man bore his all on the first episode.

It kicked off with the star's friend musician Vusi Nova having a conversation with him about his estranged husband Mohale Motaung.

The first episode starts with Somizi listening, for the first time, to the leaked audio of Mohale’s abuse allegations.

Vusi admitted he was never fond of Mohale and his relationship with Somizi but tolerated it, saying, “I did not like Mohale. I only tolerated him because Somizi liked him so much, but he never got that love back.”

Somizi lost himself once he started dating Mohale, added Vusi. “You kind of lost yourself in the relationship. Somewhere halfway after meeting this boy you changed. Now you are back to yourself.”

Vusi encouraged the media personality  to move on and start over. “I don’t want you to hate Mohale, you spent most of your time loving this boy because that is who you are. I don’t know a hateful Somizi, just let it go.”

#LTDWSOMIZI
1st episode already tea☕.
Vusi Nova : "Did i Like Mohale?. No!. I only tolerated him because Somizi loved him so much". pic.twitter.com/wz33MdSdRx

Opening up about his father's relationship with Mohale, Bahumi said she felt neglected by Somizi.

“I wont lie, I never wanted it to turn out the way that it turned out and it breaks my heart that something that he really was trying very hard to maintain really backfire like this, It angers me actually.

Bahumi explained were the estranged couple which was at Somizi's book launch and said Mohale was a fan.

“I was hurt in the beginning of their relationship because my father had kind of shut me out, he wasn't really explaining anything to me.

In the diary sessions of the show Bahumi said the whole thing made her feel unwanted. She also said him and Somizi needed to work on their relationship  and she said she can't wait forever.

Speaking on the new season Somizi said: “This season I’m living my life to the fullest, and showing the silver lining in every dark cloud,” said Somizi.

So much drama on the first episode guys? What touched me the most is Bahumi shame , I hope her and her dad restore their relationship man🥺#LTDWSOMIZI

In August 2021, Sunday World reported that Mohale allegedly made abuse claims in an interview with producers of the reality show Living the Dream with Somizi.

Mohale broke his silence and announced they were in the process of getting a divorce and did not want his private marital issues splattered in public.

The estranged couple took to their social to confirm their divorce.

“In response to the news circulating pertaining to the material details about issues within my marriage as well as the recent statement by my estranged husband, I wish to confirm that we are indeed in the process of a divorce,” read the statement shared by Mohale Motaung

“Our relationship has had its ups and downs but I have never been physically or knowingly emotionally abusive towards my estranged husband. I vehemently deny the allegations of criminal acts towards him and would like to clear my name of that defamation, Somizi 's statement read.

PODCAST | What makes our relationships healthy and well