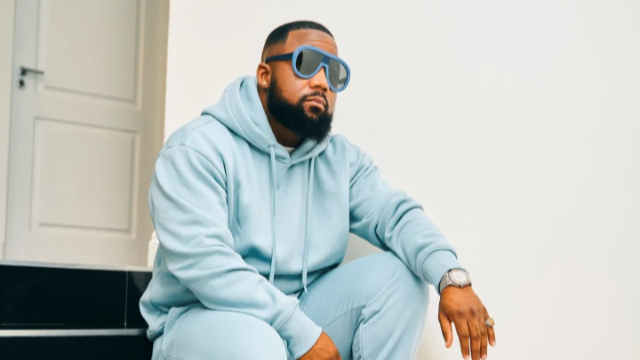 Taking to Twitter, the rapper retweeted the clip recorded when Zola 7 came on stage while he was performing in Rustenburg.

The kwaito star shared the clip on his socials. In the clip Cassper is visibly excited to have the kwaito star on stage. He bowed and knelt and the pair later performed their hit song Bonginkosi.

“Last night I decided to gate crash @casspernyovest performance in Rustenburg. We did #Bonginkosi and the crowd went wild”, wrote Zola.

In his mentions tweeps were also taken in by the moment the pair shared on stage.

“It's your humbleness for me @casspernyovest ,that bow was everything Dawg. You'll live long san,” tweeted one tweep.

Their collabo was in the making for months in 2020. After a parody account in Zola's name asked if the pair could work together, Cassper played along but later came through.

“It would be my pleasure grootman. I would be honoured. Even just to be around you nje, I soak up so much wisdom. Let's talk during the week. I got something I think would work for us both,” replied Cassper.

Thank you for last night OG. What moment. https://t.co/h1wCOrOLnQ

Giving fans a sneak preview into the Any Minute Now album, Zola 7 took centre stage in the first episode of his A.M.N Sessions documentary series on YouTube.

Cassper Nyovest and Zola 7's  single caused major hype on social media at the time and he was applauded for always honouring the legends.

Professor, who was part of the star-studded line-up at the inaugural Strictly Kwaito Legends Festival dedicated to Zola 7 this year, praised the legend for his contribution to he music industry.

“We are colleagues. He has been in the game longer than me. He's smart. There's nothing you can say about Zola that people don't know. He is still a genius, despite what he's going through right now,” he said.