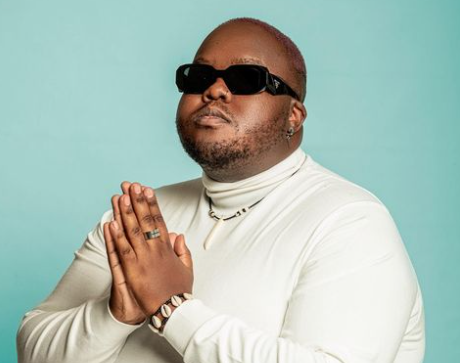 Heavy-K set the record straight by providing clips of the interview he had with MacG on his Podcast and Chill show
Image: Instagram/ Heavy-k

Music producer and DJ Heavy-K has taken to Twitter to correct Podcast and Chill host MacG on a statement he said Heavy-K made when he guest appeared on the show.

On Monday Mac G said Black Coffee is a huge supporter of the podcast because he remembers everything that was said about him on the show, which means he watches some of it.

“Black Coffee is a chiller bro, he remembers every single thing we have ever said about him on the podcast.”

Then MacG took it back to Heavy-K's interview when he was on Podcast And Chill. “I think we did an interview with Heavy-K, I even forgot about that interview, and Heavy-K even said the album Black Coffee won a Grammy for was pap,” said MacG.

Part 1
One thing I won’t allow is for people to lie on my name or project me as something I’m not just to push their narrative, apparently this is what I said about @RealBlackCoffee when I was at this @podcastwithmacg pic.twitter.com/5O3S9NFPNH

Heavy-K did not appreciate that narrative being spread on social media, and he took it upon himself to set the record straight by jogging the memory of those who watched the episode and also squashing the rumours before things got out of hand.

“This is a clip from my interview I did with @MacGUnleashed commenting about @RealBlackCoffee so now you guys be the judges & tell me where did I mention the Grammy Award Winning Album here or saying anything negative about Coffee,” he tweeted seeking to clear his name.

Though that might have been the case, Grammy Award-winner DJ Black Coffee revealed recently that he received backlash from some people about how “international” his album Subconsciously sounded.

I love what Heavy K just did here, good move. @MacGUnleashed needs to own up to this one. https://t.co/DtHR0ZWSpW

Speaking at a press conference held at OR Tambo after he landed from his Grammy win, the internationally acclaimed DJ said he was intentional about the sound.

“With this particular album I was very intentional about what the end goal was. I received so much backlash from locals about how international the album sounded, which was something I was ready for, but I knew I wanted to sound that way and going back to filling your cup first, I knew I was happy with the album without anyone telling me otherwise.”

Bro that’s the same thing I told this guy, you invite to your show only to lie about me later? So low man https://t.co/BeCzq01hiE