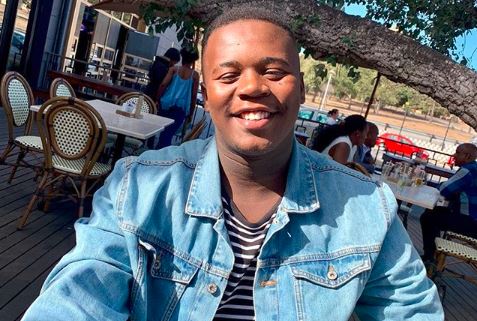 Known for gracefully carrying emotion in every note he sings, musician Lloyiso performed at Brooklyn Beckham and Nicola Peltz's wedding last weekend, making their big day all the more special.

Lloyiso sang Only fools rush in for the newly-wedded couple's first dance. The pair said "I do" in a lavish ceremony in Palm Beach, Florida, at an elegant, star-studded black-tie affair held on Peltz's family estate.

The musician later took to Twitter to retweet praise from fans.

Lloyiso thanked his fans for their “messages and love” and promised to share “pictures and hopefully videos” of his performance “in the next couple of days”.

In the meantime, he did his fans a solid by recording his rendition to share on Anele Mdoda's radio breakfast show. As usual, he sounded amazing, leaving many with goosebumps as they listened to the rendition.

Listen to Lloyiso's rendition below:

The song Lloyiso performed at the Beckham wedding 😍

He has such a beautiful voice 🥺 pic.twitter.com/4v1IpGVus5

Chatting to TshisaLIVE before he headed to the US, Lloyiso opened up about the song's origin.

“I never intended to write a song called Speak. When I was singing it, it was something that came out, but I didn't know that was how I was feeling. I knew there was something going on. You know when you feel overwhelmed and don't know how you actually feel until you speak about it or write it down.

“It was  confirmation that what I've been feeling is left out. I've been feeling like I'm looking for something, but it's not there. I've been wanting these emotions and vulnerability from this person, but I'm not getting it. It is something a lot of people feel, even if it's with friends or family.”