SK Khoza apologises for viral videos, saying he was 'trapped in a very dark space' 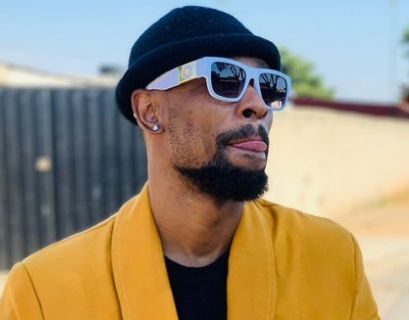 Sthembiso Khoza, popularly known as SK, has broken his silence, seemingly apologising for the viral videos following his comeback on Mzansi Magic's The Queen on Monday night.

Growing concerns for the actor's wellbeing have been mounting on social media following videos of him engaging in heated confrontations with strangers that went viral recently.

Making a social media, SK took to his Instagram timeline, apologising to everyone who he had been 'rude' and 'mean' towards.

“Forgive me for I have sinned and was trapped in a very dark space, to everyone that I was rude and mean to...my deepest apologies.” he wrote.

Monday's episode of Mzansi Magic's The Queen showcasing Harriet Khoza and Hector Sebata's wedding, saw Shaka (played by SK) appearing in the scene after his exit from the show was announced.

Fans of the “Balance me real quick” character, lost their minds with excitement and both SK and Shaka landed on the Twitter trends list along with The Queen.

In November 2021, Ferguson Films penned well wishes to the actor after axing him from the show.

“We would like to wish Sthembiso 'SK' Khoza all the best for the future as he exits #TheQueenMzansi. You have been a hardworking individual from the day you walked onto our set. We have no doubt that you will carry on winning and working harder! Until next time!” read the post.

“Mzansi Magic confirms that we have been informed by Ferguson Films that SK Khoza will no longer form part of the cast of The Queen,”