“It was [a] moment where I was treated in a bad way and I lost my s**t,” actor SK Khoza said of his aggressive behaviour. 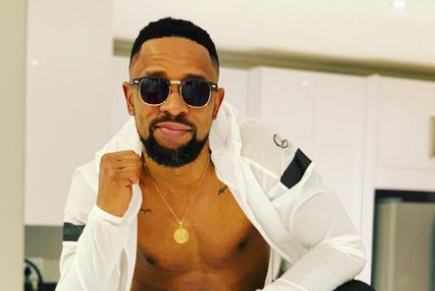 Limpopo resort Zebula Lodge has responded to SK Khoza's claims suggesting that his aggressive viral video was a response to a racial slur hurled by one of its employees.

According to Sunday World, the incident that went viral happened at Zebula Lodge in Limpopo where SK was on holiday with friends. The actor told the Sunday paper during an interview the altercation was sparked by a racist incident.

“I was away with friends in Mpumalanga and the white man you see in the video was racist towards me, so I retaliated. He called me by the ‘K’ word,” SK told the publication.

In a statement shared with TshisaLIVE, the lodge's marketing manager Marthinus Duckitt said they were trying to remove him from the premises as he posed  a danger to their guests.

“The safety and security of our guests and employees are of the utmost importance. After an incident on Saturday we asked a guest demonstrating disruptive behaviour to leave the hotel premises.”

Addressing the claims that any of their employees were racist towards the actor, Duckitt said the company found no evidence for his allegations after doing a full investigation of the matter.

In an interview with TshisaLIVE, SK was adamant that the video was him reacting in a moment where he was “treated in a bad way” and did not care about how people were interpreting his actions.

“It was [a] moment where I was treated in a bad way and I lost my s**t. No one was hurt, just somebody was sworn at,” he said.

Concern for the actor's wellbeing continue to mount on social media.

The Queen former actor denied suggestions he was under the influence of drugs when the video was taken.

“People like to say nonsense. I don't do drugs, my family know that. I've taken drug tests in front of my family members. It's one of those moments where I was rubbed the wrong way and I reacted, that's that,” he said, adding that he does not mind how people interpret the video.

TshisaLIVE reached out to SK about Zebula's statement that he was “disruptive”, but he had not responded at the time of publishing this article. An update will be published.