‘May you inspire the world with who you are’ 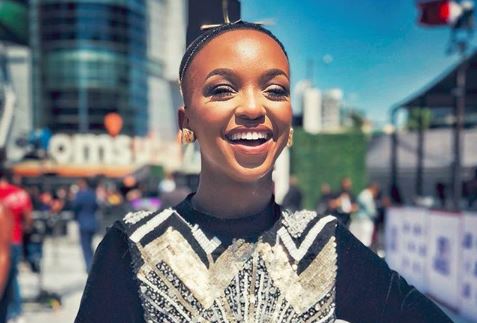 Media personality Nandi Madida has opened up about her daughter's neurodivergence,

Neurodivergence is used to describe cognitive functioning which is not considered "typical". For example, autistic, dyslexic and dyspraxic people.

Taking to Instagram recently, Nandi paid tribute to her daughter Nefertiti, calling her "my neurodivergent little queen". Nefertiti was named after queen Nefertiti of the 18th dynasty of ancient Egypt, the great royal wife of Pharaoh Akhenaten.

"Proud of my neurodivergent little queen. She’s also the reason my family members understand themselves and their genetics better.

"We are grateful for you my smart, kind, beautiful young queen. May you inspire the world with who you are."

Nandi's post sparked a much-needed conversation on neurodivergence, with many of her followers sharing how they or those they loved lived with autism.

"She really is a cutie, and I’m guessing she is giving you a run for your money with her smarts. My nephew is also autistic and one of the smartest people I know," wrote Jennifer Bala, Loyiso Bala's wife.

Speaking to TshisaLIVE  in December, Nandi opened up about her reason for taking an impromptu year off work to focus on motherhood.

After featuring in Beyoncé's short film Black Is King, Nandi said it was time to prioritise her family.

"It's been so rewarding. My children needed it because they're still young. And that's a huge achievement. It's OK, even if you haven't been doing anything per se and you're just sitting down, connecting with yourself, and understanding yourself. That's also fine," she said of the break.