Chris Rock revealed he was bullied, let people ‘walk all over him’ just months before Oscars incident 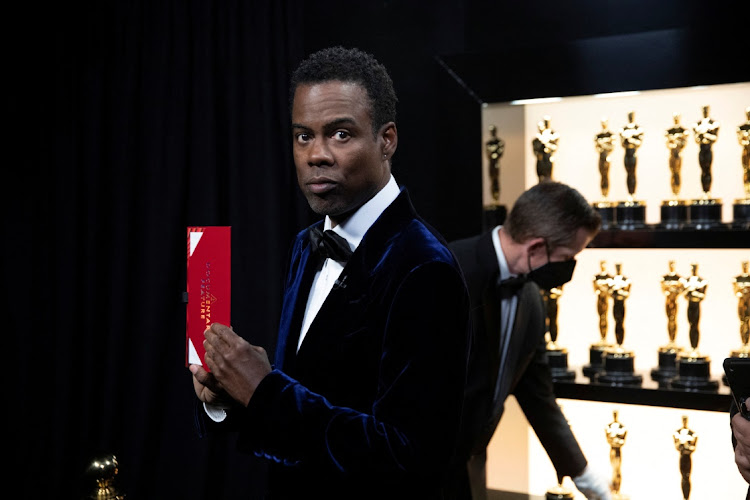 Chris Rock backstage at the 94th Academy Awards in Hollywood. A few months ago the comedian opened up about being bullied and letting people walk all over him. File photo.
Image: Al Seib/A.M.P.A.S./Handout via Reuters

Chris Rock revealed he let people “walk all over him” and was bullied as a child in a podcast that has resurfaced which he did just months before he was slapped at the Oscars on Sunday night.

The comedian made headlines this week after actor Will Smith unexpectedly strode onto the Academy Awards stage and slapped Rock in the face in response to a joke about his wife’s bald head. Jada Pinkett-Smith, an actress and talk show host, has a medical condition that causes hair loss.

Rock had referenced the 1997 film G.I. Jane in which actress Demi Moore shaved her head.

The incident resulted in divided reactions, with some slamming the comedian for hitting below the belt but many stars coming to his defence and criticising Smith for the “unwarranted” attack.

While Smith has repeatedly apologised for the incident, Rock has maintained silence and reportedly declined to file a police report.

A January podcast has emerged in which the Everybody Hates Chris star opened up about the bullying he suffered as a child and how he let people take advantage of him later in life.

Rock was featured on Dana Carvey and David Spade’s Fly on the Wall show in January when he made the revelations.

“When I was a child, I was bullied ridiculously. Half the bullying was because I was a little guy and black. It’s like I’m getting double bullied, so I had a weird temper.”

The comedian told of an incident when he physically assaulted another child who was teasing him to the point where the child almost died.

That incident, Rock revealed, became the reason he became “scared of my own anger” later in life. He said his therapist helped him realise that was the reason he let “the whole world walk all over him” as a way to avoid conflict.