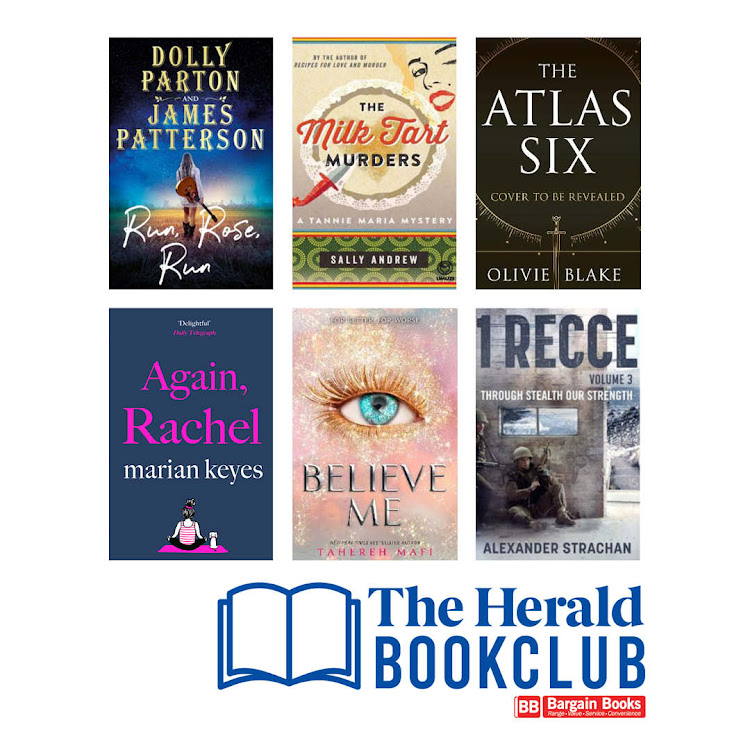 Everybody has a guilty pleasure — for me, it is watching  those cheesy whodunnit mystery murder films where the small-town baker gets involved in solving a murder. And inevitably ends up falling for the detective.

So I couldn’t believe my luck when I discovered local author Sally Andrew. She has created this series about agony aunt Tannie Maria, who loves to bake, obviously, and  gets involved in solving a murder.

The Milk Tart Murders take place in Ladismith and surrounds where Oom Frik, owner of Oom Frik’s Fantastiques, dies during a movie screening at his shop.

Dozens of residents witness his death, including the local paper’s agony aunt, Tannie Maria, and her detective boyfriend, Henk.

The doctor suspects  Oom Frik was murdered. Now everyone at the screening is a suspect.

Tannie Maria and her friend, Jessie, who also happens to be a journalist, find a clue in one of Tannie Maria’s agony aunt letters and they soon start putting the pieces together as the bodies start to pile up.

I found this book so enjoyable. It is an easy read. I devoured it in a few days and I had plenty of laughs along the way.

Andrew writes beautifully and I love  how she uses the colloquial language. I felt like I was in the heart of the Karoo, sitting on the stoep and eating Tannie’s vetkoek and melktert.

I also loved how she included all the recipes at the end of the book. They tie in nicely with the recipes she mentions in her agony aunt letters.

In this case, local is lekker and the milk tart recipe is to die for!

Back in the long-ago nineties, Rachel Walsh was a mess. But a spell in rehab transformed everything. Life became very good, very quickly.

These days, Rachel has love, family, a great job as an addiction counsellor, and she even gardens. Her only bad habit is a fondness for expensive trainers.

But with the sudden reappearance of a man she’d once loved, her life wobbles.

The Atlas Six by Olivie Blake

The Atlas Six by Olivie Blake is the runaway TikTok must-read fantasy novel of the year. If you loved Ninth House and A Deadly Education, you’ll love this.

The world’s best young magicians accept the opportunity of a lifetime. Six are chosen. Only five will walk away.

The Alexandrian Society is a secret society of magical academicians, the best in the world. Their members are caretakers of lost knowledge from the greatest civilisations of antiquity.

And those who earn a place among their number will secure a life of wealth, power and prestige beyond their wildest dreams.

Each decade, the world’s six most uniquely talented magicians are selected for initiation — and here are the chosen few ...

1 Recce: Through Stealth Our Strength by Alexander Strachan

The Battle of Cuito Cuanavale has been a source of fierce contestation and emotion for decades, but up to now little was known about the Recces’ presence and impact during this controversial battle.

In the last book of the nail-biting trilogy about 1 Recce, the award-winning author Alexander Strachan, himself an ex-Recce, reveals more on the Recces’ involvement at Cuito.

Packed with suspense, adrenaline, high drama and unforgettable accounts by ex-Recces who experienced these adventures personally.

Jess is a yummy mummy of two whose life is slowly unravelling and who has recently separated from her husband.

Ginger is a happily widowed granny with a salty tongue and a wicked sense of humour.

The gorgeous and sensitive Matt is an almost-qualified psychologist, who still lives with his parents.

And Queenie, a librarian from Cape Town, has an absent boyfriend and a secret writing habit.

What could these four strangers possibly have in common?

Believe Me by Tahereh Mafi

Juliette and Warner fought hard to take down the Re-establishment once and for all. Life in the aftermath isn’t easy, as they and their friends at the Sanctuary work with their limited resources to stabilise the world.

Warner has his sights set on more than just politics. Since he proposed to Juliette two weeks ago, he’s been eager to finally marry her, the person he loves more than anything and has endured so much to be with.

But with so much chaos around them, it’s been nearly impossible for them to have a wedding. And even Juliette has been distracted by everything they need to do.

At long last, Warner and Juliette’s future together is within reach, but the world continues to try to pull them apart.

Will they finally be able to be happily, officially, together?