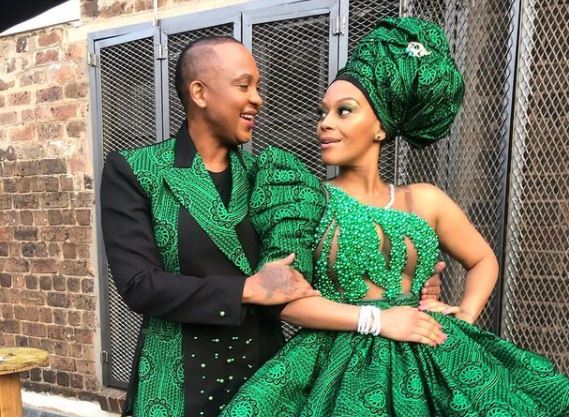 The couple have rubbished claims they were fighting.
Image: Instagram/Letoya Makhene

Actress Letoya Makhene-Pulumo opened a sexual offence case against a man unknown to her while her wife, Lebo Keswa, has been charged with malicious damage to property and assault.

The cases were opened after the pair attended a party in Midrand on January 13 where Lebo was involved in a scuffle while allegedly defending Letoya, who claimed she was sexually attacked.

Matlhogonolo Ledwaba, the owner of a bakery in Midrand where the party was held, took to Facebook to “expose” Lebo for allegedly vandalising her business “unprovoked” that night.

She did all that unprovoked, she vandalised my business, insulted us and called us nobody’s.

Speaking to TshisaLIVE, Matlhogonolo said it was a police matter.

Several sources told TshisaLIVE they witnessed an “intoxicated” Lebo and Letoya in a heated argument that saw Lebo tear Letoya’s traditional beads as she pushed her around. They said upon trying to intervene in the lover’s quarrel, Lebo got angry and allegedly trashed the place.

However, the couple rubbished claims they were fighting. They alleged the bakery owner tried to “pimp” Letoya to men who were at the function and took offence when they declined the sexual advances she allegedly made towards them.

Lebo and Letoya said they went to a birthday celebration where they only knew the "birthday boy" and not the guests.

“This woman said to me 'Mmm so you are Lebo Keswa I've always had a crush on'. I said unfortunately I’m married. 'Do you and Letoya play?' I asked her what does that mean. She said can you, Letoya, me and my husband do something and I told her I'm not happy with this,” Lebo told TshisaLIVE.

Lebo said she ignored the sexual advance invitation and went to talk business with a  guest at the party but her chat was interrupted by Letoya's horrified screams. The actress told her wife a man had touched her inappropriately.

Lebo confronted the guy and a scuffle ensued. Letoya allegedly sustained  injuries and  her sacred sangoma beads were destroyed when she got entangled in the fight and tried to pull Lebo out.

“Letoya said 'This guy just rubbed my thigh and touched my crotch'. So I'm trying to push this man and I want to try and understand what the f**k he is doing. This is where my hand got into Letoya’s beads and they fell. Letoya was holding me, begging me not to fight a man but he attacked me first.”