“Our client will also be pursuing the criminal charges opened and report the lack of feedback provided to her, as complainant, to Ipid (Independent Police Investigative Directorate), should it become necessary,” read the statement. 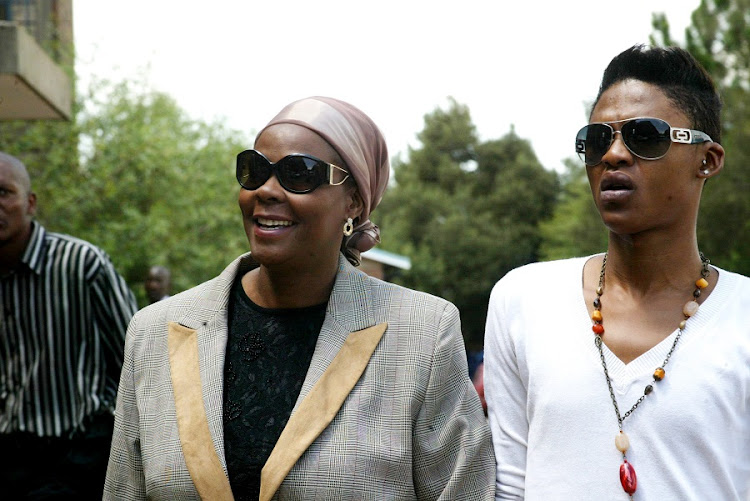 Uyajola 99 host Molemo "Jub Jub" Maarohanye's mother Jaqueline "Mama Jackie" Mpambani has released an official statement after the high court in Johannesburg ruled that the case of defamation she laid against actress Amanda Du-Pont and media personality Masechaba Khumalo was not urgent.

Judge Shanaaz Mia struck the matter from the urgent roll with costs, as it would be "tantamount to a gag order", after Mama Jackie approached the court on an urgent basis to have Amanda and Masechaba remove social media mentioning her in their accusations against her son and demanded a public apology.

Mama Jackie's legal representatives said though the judge didn’t find in Mama Jackie's favour on the urgency of the matter, the application is still active and could still be heard in the normal manner.

“It must be noted that Judge Mia did not dismiss our client’s application, but merely struck the matter from the urgent roll.

Responding affidavits from Amanda and Masechaba circulated on social media after the case was heard.

Mama Jackie's legal representatives shared her answering affidavit where she argues that her life has been threatened on several occasions since they accused her of using "muti".

“I have not left my home [unless] absolutely necessary since December 5 2021, with the community continuing to approach my home several times a day, shouting at me and intimidating me.”

Take a look at Masechaba and Amanda du-Pont's answering affidavit's below:

Amanda du Pont says she did try to get Jub Jub investigated but a "female police officer" refused to take her statement at Mondeor police station in 2008.

She says that in 2017 she met with Jub Jub, at his request to apologise, and he ACKNOWLEDGED to her that he had raped her. pic.twitter.com/5Am5ErySxK

Amanda Dupont Has Filled an Affidavit in response to this pic.twitter.com/Q1dhLBRvua

Mama Jackie claims never to have met Masechaba Ndlovu in her life. Nor has Masechaba been to their family home ever. Apparently. No family member has seen her there before. She claims Masechaba lacks credibility for claiming to have lost her virgnity "for a second time" 3/3 pic.twitter.com/qtXyQbWhmy

Trigger warning: if you're a rape survivor, the text below may trigger traumatic memories you have buried.

It's from Masechaba Ndlovu's answering affidavit, responding to Mama Jackie, in which Masechaba shares *her* memories of the day Jub Jub had raped her.