She will be buried next week. 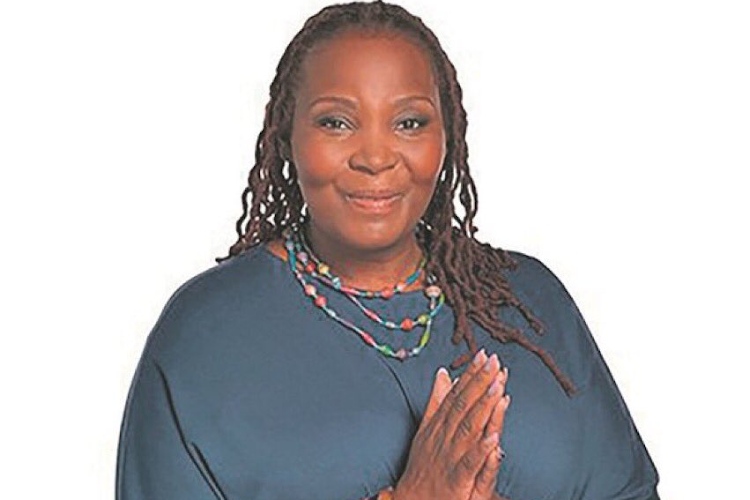 Veteran TV presenter and activist Angie Diale has been hailed as someone who effortlessly dedicated her life to helping others.

Tributes have been pouring in since her death was announced yesterday. The Diale family confirmed Mam' Angie's death.

In a statement shared with TshisaLIVE, the family said the cause of death was pneumonia and Mam' Angie died on Thursday morning  at Leratong Hospital.

“She was complaining of shortness of breath and was subsequently treated at Tshepo Temba Hospital yesterday and later transferred to Leratong Hospital, where she sadly passed in the early hours. The cause of death has been confirmed to be pneumonia,” the statement read.

“The memorial will be held on Monday at 12pm in Meadowlands zone 9, opposite her home,. We will share the details of the funeral. It is going to be on Wednesday.”

Tweeps have been in a state of disbelief and shock since the news broke.

Mam' Angie was a celebrated HIV activist and health and relationship counsellor. She was a reality TV host on Please Step In and presented Relate on SABC1.

Here are some reactions from tweeps who loved the veteran presenter:

Thank you for the healing you brought to the South Africans, may your soul Rest In Peace Mme Angie Diale. #RIPAngieDiale 🙏🕊 pic.twitter.com/OOCIIKti0L

My heart is cut up about the reported passing of #AngieDiale. Worked with her closely when I edited Move! She was our resident “Sis Dolly”, a position she took seriously & was extremely successful at. This was before SAns got to experience her on #PleaseStepIn pic.twitter.com/ya6q7MzYxa

Good night,it time to sleep now .Heaven has gained an angel .you have found your purpose and fulfilled it .you came lived ,loved and you fulfilled your journey #AngieDiale ...you have been extension of God's hand here on earth we greatful for contributions you have made pic.twitter.com/XskvzUFcwK

May your beautiful soul rest in peace. You were a wonderful citizen mom Angie, you cared about the wellbeing of families in Mzansi... #rip 🕊️🕯️#AngieDiale pic.twitter.com/vjZtZxwXgZ

What a way to end the year. It is with great saddest to hear that Mam Angie Diale has passed away today 💔💔💔💔💔😭😭😭😭😭😭😭 #RIPAngieDiale pic.twitter.com/LAq2WqUwfX

She was South Africa's HIV activist, Marriage and relationship counselor, spokesperson and SABC 1(relate) presenter.Mrs Diale has helped many people,saved marriages and changed many lifes throughout the journey of her career.#RIPAngieDiale pic.twitter.com/UNShIrIUW4