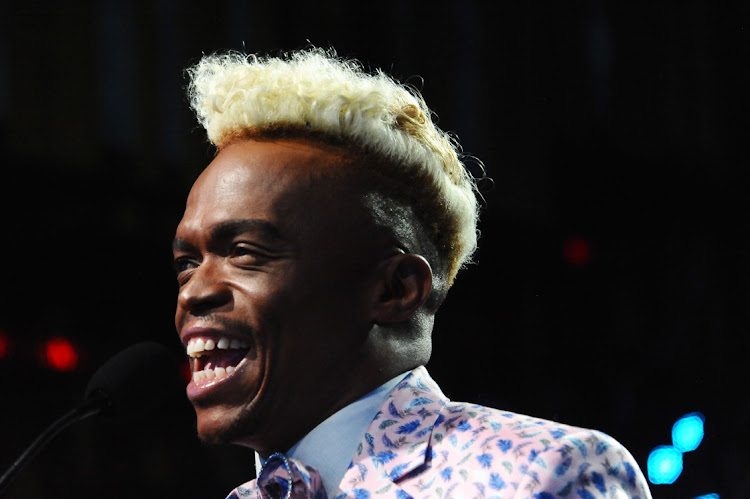 Somizi Mhlongo was in his feels over a fan who poured his heart out.
Image: Gallo Images/Oupa Bopape

Somizi Mhlongo was in Rustenburg on Sunday for his Eat Love Pray tour with medium and life coach Taz Singh when he received a kind gesture that blew him away.

Somizi puts together curated shows in which he travels around Mzansi and gives his fans a treat, delving into food, wellness and all things fun. As part of his event, Somizi also dabbles as a motivational speaker. This Sunday things were a little different when a fan took to the stage to honour him.

He took to his Instagram to share a video of how a fan got him in his feels when he admired the star for his resilience.

“This happened after I gave a motivational talk to my audience at my #eatlovepraywithsomizi Rustenburg leg of the tour this afternoon. This section is when I give the audience a chance to ask me questions or advice. This kind young gentleman decided to honour me. I was touched and moved and very humbled by the honour. Thank you so much.”

The fan took time to speak positive vibes into the star's life.

“Somizi is resilience defined. He has this powerful, positive aura that he radiates that makes SA laugh all the time and like he would be a solace comfort to all of us. However, he doesn't have people who can sort of counsel and motivate him. Personally, I've been in Somizi's space a few times. I've been in nightclubs with him.”

The admirer went on to praise the star for his resilience in the industry, and said Somizi was the first gay guy who made it OK for them as New-Age gay men to freely be.

“I took a conscious decision to love you. You are so awesome. May abundance be your second name. You will grow bigger and better. They haven't seen s**t,” said the admirer.