The musical dance spectacular Shaka Zulu: The Gaping Wound is an ode to the late playwright Bongani Linda. 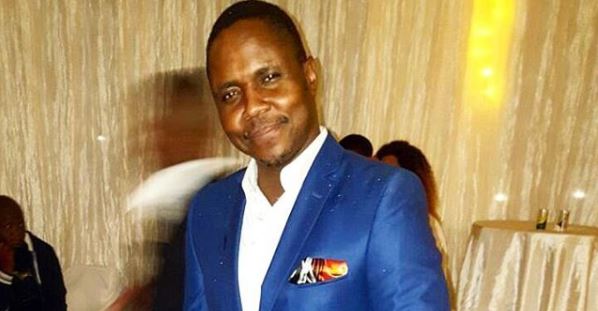 Meshack Mavuso-Magabane directs one of his biggest projects yet.
Image: Via Meshack's Instagram

Renowned actor and director Meshack Mavuso-Magabane is directing his third project, one of his biggest.

The musical dance spectacular Shaka Zulu: The Gaping Wound is an ode to the late playwright Bongani Linda. It takes a look at the decolonised version of the story of the great king and warrior Shaka kaSenzangakhona, also known as Shaka Zulu.

Speaking to TshisaLIVE, Meshack said the play zooms in on the side of Shaka that showed his strength and humanity as a king and the curse Shaka made on his death bed that “no-one will rule the land. It will be ruled by the swallows.”

The musical is a call for the healing to take place in the land.

“We called it the gaping wound because we need to close that wound that was opened by our forefathers. We need to go apologise for their sins. It's a call to all the religious and traditional leaders and the kings as well as  political leaders to go to Shaka’s grave to go and apologise. Maybe this land will be a better land, because right now we are not ruling the land.”

The 44-year-old said it's the uncanny resemblance of both the old monarchy and the new one under the reign of King Misuzulu, that should draw audiences to the nuances of the Zulu monarchy. This inspired the birth of the musical.

“Most of the time we want to tell stories that people talk about every day, for instance when Shaka's wife Queen Nandi was alive, she was a pillar and a supporter to Shaka, and when she died everyone thought well the pillar is dead we can attack and kill this man. And you look at the royal house now King Misuzulu lost the mother and now everyone feels he is not fit to be king.”

“In the musical we show the power of women that kept Shaka going, the power that uMaDlamini had that kept Misuzulu going. So it's one of those things that people were talking about, that the same thing that happened to Shaka might happen to Misuzulu because now the mother is no more and she was his pillar. When people were talking about it, I thought let me do that show. It’s like history is repeating itself and we want to tell the story of Shaka and bring in an element of politics.”

As an actor and theatre practitioner who boasts 22 years of industry experience, Meshack has a new crop of actors on the musical.

“I'm a student of community theatre, so I believe in teaching, each one teach one, so I want these actors and performers to grow, and for these children to grow you need to throw them in the deep end and put them next to Mduduzi Mabaso.  We know that by the end of this production we will have at least five brilliant actors and their confidence will be high.”

Shaka Zulu: The Gaping Wound will run at the South African State Theatre until November 14.