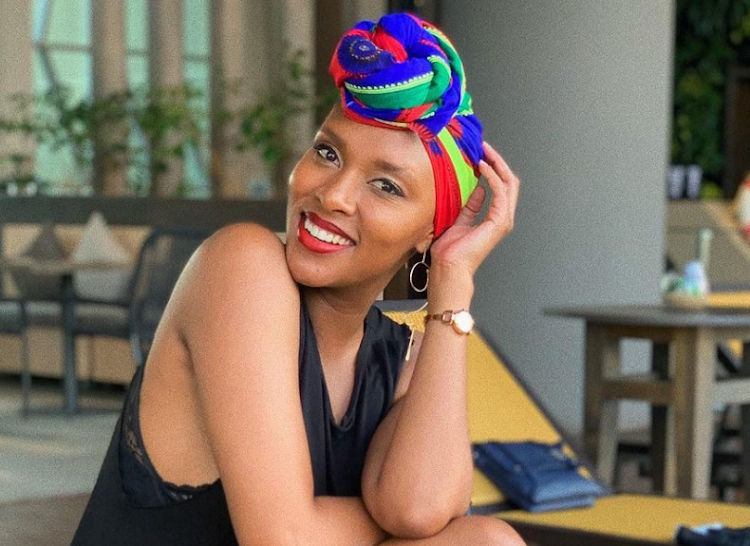 Eyebrow shapes and wig dilemmas have been some of Altovise Lawrence’s heart-wrenching experiences as a woman living with an autoimmune disorder called alopecia, which causes hair loss.

In a recent interview on Unpacked with Relebogile Mabotja, the actress revealed she cuts her hair every two to three days to mask the patches that show when she grows her hair.

She said her biggest issue has been being comfortable with her condition in the entertainment industry.

As an actress, Altovise said using her face to communicate was a struggle because she did not have eyelashes and she felt sabotaged by make-up artists who would shape them differently every time she was on set.

Altovise said while finding the right wig for an audition was another hurdle she had to overcome, she had started going to auditions with a bald head so casting directors could judge her for her talent and not her looks.

"I've resorted to auditioning bald. You'll make up the character. It has [worked for me] because I've put it as a disclaimer. Even before I walk into the audition room you know I have alopecia and if you stress me about it, then it's fine."

Altovise has been vocal about her journey living with the autoimmune disorder.

Last year she recalled how she had been losing her hair for 10 years.

"I’ve been losing hair for just over 10 years and only got diagnosed with alopecia areata this year. Besides balding on my head, I’ve begun loosing my eyebrows and eyelashes. The fight isn’t over though. Bald is beautiful." she wrote.

I’ve been losing hair for just over 10 years now & only got diagnosed with #AlopeciaAreata this year.

Besides balding on my head, I’ve begun loosing my eyebrows & eyelashes.

The fight isn’t over though...

Actress Gail Mabalane also opened up about living with the condition in a YouTube series called My Hair Journey. In it, she unpacks how she came to terms with living with alopecia.

“I knew this was a sensitive conversation for women, but I also knew it was a necessary one. I wanted to create a platform where, as women, we can come together and talk about something that is a big part of our identity," she said.