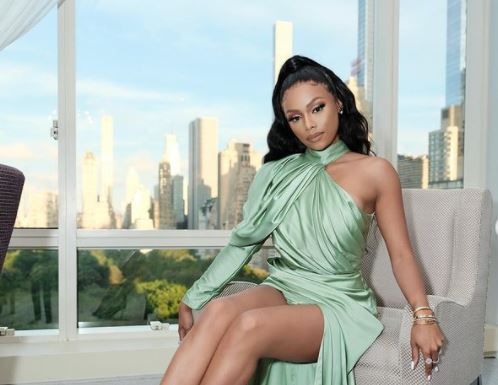 The B-Force rally behind Matheba as she is getting ready for a fight.
Image: Instagram/Bonang Matheba via Andrew Morales

Bonang Matheba left the TL chaotic on Tuesday after she announced that she's about to enter the battlefield with her former management company, CSA Global.

Bonang's big announcement was her departure from the management company that she has been affiliated to for years. In her statement, the media personality alleged that she was leaving because of possible criminal misconduct.

The company a issued their own statement to TshisaLIVE moments later, saying that they were ready to prove that Bonang's allegations “have no merit” in court.

Having left the TL hyped up the day before she shared the statement, tweeps had their reminders ready and tuned in on time for Bonang's Twitter Space.

The space had 15k listeners after 10 minutes and eventually crashed before B could finish her announcement.

Bonang topped the Twitter trends list after the less than 60 seconds announcement as tweeps shared their opinions on her situation and reacted to the chaos her announcement left the TL in.

While Bonang's fans and other industry peers have to wait for the matter to play out in court, they have already pledged their allegiance to Bonang.

Other tweeps were left shook by Bonang's star power which was evident in the number of people she pulled for her Twitter space.

Whatever it is babe, who we fighting?! @Bonang

Give us their names! https://t.co/JlfYZAupkl

How can the space not crash when bo jacaranda fm where there.
Bathanda izindaba

The space after seeing the number of people on Bonang space👇 pic.twitter.com/k8V7470Ga2

Does Bonang know that we cancelled lunch dates with our boyfriends because we have a date with her at 1 PM?

😂😂😂😂 bonang has over 13k people on her space to speak for 2minutes and close the space 😂😂😂 she's a goat for that #bonang pic.twitter.com/iUmKngikug