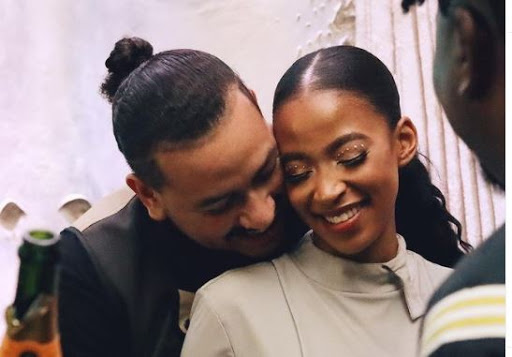 AKA releases a song in honour of the late Anele Tembe.
Image: AKA/ Instagram

Rapper Kiernan “AKA” Forbes has honoured his late fiancée Anele Tembe in his latest single Tears Run Dry for her birthday. Anele would have turned 22 on Monday, October 11.

In the song the rapper speaks of the plans they had together and how he is struggling to cope with her death.

Anele was engaged to AKA when she died on April 11 2021, after allegedly falling from the 10th floor of the Pepperclub Hotel in Cape Town.

Speaking of his upcoming projects during an interview with DJ Ankletap on YFM’s breakfast show Y Mornings, AKA said that he wanted to pay homage to Anele by releasing a song dedicated to her on her birthday.

“I'm thinking of releasing it during Anele’s birthday,” he said at the time.

Some of the lyrics go:

“First thing on my mind/When I wake up.

I cannot feel sunshine with you not waking up by my side.

Nothing else can replace us.

Try to break down and cry, but all my tears run dry.”

AKA took to Instagram in August mourning the death of his fiancée, and saying he would never be the same again.

“Four months to this day ... it never goes away. Every day I pray for her, myself and our families. I will never be the same person I was ... but I will do the best I can with the gift and opportunity of life that I still have left. Thank you to everyone who has stuck by me and our respective families ... you know who you are,” he wrote.

Investigations into Anele's death are ongoing.

In a statement sent to TshisaLIVE, Western Cape NPA spokesperson Eric Ntabazalila said the authority had returned the case to the police.

“The matter concerning the deceased, Ms Anele Tembe, was referred to the office of the Western Cape director of public prosecutions. The docket was subsequently returned to the police for further investigation.

“Further investigation was requested, as is standard for all matters where the deceased dies of unnatural causes. The matter is still under investigation by the police and is receiving the required attention,” read the statement.