‘The M in Lebo M is for marriage’ — Mzansi reacts to reports that Lebo M is set to tie the knot again! 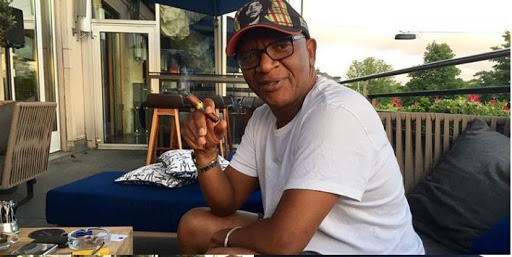 Lebo M says the process of making the track was "magical".
Image: Lebo M via Instagram

Mzansi failed to locate their chill on Sunday after finding out Lion King music composer and reality TV star Lebo M is set to walk down the aisle for the eighth time.

Lebo M, who has been married seven times, landed on the Twitter trends list and stayed there for hours as tweeps created a meme fest on the TL reacting to reports that the recent divorcee is about to get married again.

This after Sunday World published a story claiming the producer has reportedly found love with businesswoman Pretty Samuels and plans to say “I do” soon.

Earlier this year, the musician called it quits with his on-again, off-again partner Angela Ngani-Casara after a third attempt.

The couple’s latest attempt to rekindle their romance and family was documented on Showmax in the 10-part reality show Lebo M — Coming Home.

Lebo M and Angela announced in a joint statement that they have decided to go their separate ways — again.

“We had hoped the third attempt would have been the final one in both our lives.”

“We have tried hard and we are proud of our efforts. Regrettably we simply did not connect,” read their statement.

Lebo M married Angela in 2008 before they split in 2013. He later married her again and they divorced again in 2017. He has also been married to two other women — Vivica Gibson and Nandi Ndlovu. Lebo M has also been engaged to Zoe Mthiyane and Mel Ntsala.

Here are some of the reactions tweeps shared:

Someone said the M in lebo M stands for marriage pic.twitter.com/ysqH7hwom4

Journalist ; What’s your view on marriage?

Does Lebo M's best man have to recite a new speech each time or? 🤔

Lebo M should write a book on how to get married, divorced, re-married, re-divorced & re-remarried.

Lebo M is really living in the circle of life😂😂😂😂

Home affairs officials when they see a booking for Lebo M with a marriage officer.. pic.twitter.com/JQl8zmmzMq

The home affairs worker when Lebo M comes in for the 4th time in one year: pic.twitter.com/CdtRTMT6GP