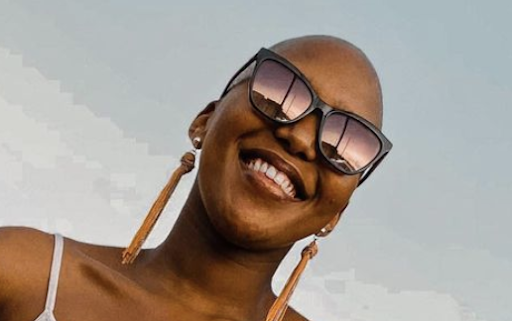 Ithana has taken ill and will no longer be competing, says Idols SA.
Image: Instagram/Ithana

Fans of Idols SA were left heartbroken this weekend after it was announced that top 10 contestant and fave Ithana has withdrawn from the race.

Though the upcoming star was set to “kill it” on the show, according to her ardent supporters, she will not be competing.

The star has put her health first and has withdrawn from the contest.

In a statement, Local Channels Entertainment director Nomsa Philiso said the 22-year-old would not participate in the battle of the DJs performances.

“As M-Net, we wish her a speedy recovery. It is unfortunate that she cannot continue in the competition but her health is of paramount importance. I know that this will not be the last time South Africans see her on their screens.”

#IdolsSA Top 10 finalist Ithana has withdrawn from the competition due to medical reasons. Her health is of paramount importance to us and we wish her a speedy recovery.

Many Idols SA fans were sad to see their fave leave, and flooded social media with messages wishing her a speedy recovery.

Due to medical conditions they say😪.. She was one of my favorites 😓#Idolssa pic.twitter.com/RvEyHrQyOd

Ithana was actually one of my favourites, thought she stood a good chance of winning #idolssa

Idols SA fans have had some complaints lately about the show.

After Somizi departed earlier this year, fans took to social media to make their frustration known.

Mzansi Magic confirmed in a statement that Somizi's role on Idols SA had been put on ice.

“M-Net and Mr Somizi Mhlongo met to discuss his role on Idols SA in light of the allegations made against him. We have reached a mutual agreement that Mr Mhlongo will take some time off to deal with his personal circumstances until this matter has been resolved,” read the statement sent to TshisaLIVE.