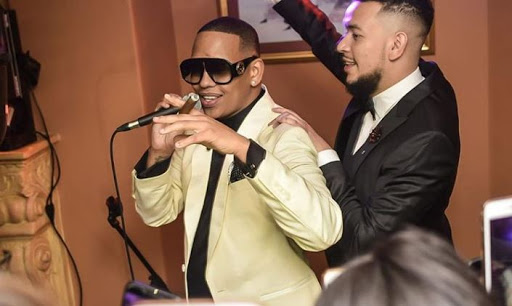 Da L.E.S and AKA had been buddies for years, when they "suddenly" stopped "showing up" on each others' TL.
Image: Instagram/Da L.E.S

After evading all questions around the “demise” of the bromance between him and rapper AKA, musician Da L.E.S has finally decided to set the record straight on where he and his former bestie stand after allegations that he released a “diss” track directed to AKA.

The internet went wild last year when Da L.E.S released the song Gucci Snakes, with speculation rife that it was aimed at AKA. This was after MacG read a letter from an anonymous follower of his show who alleged that AKA and Da L.E.S were not on speaking terms because AKA was romantically linked to the Tippy Toes hitmaker's baby mama.

Da L.E.S kept mum on the speculation for a while but recently broke his silence as a guest on Lasizwe's Drink Or Tell The Truth show on YouTube this past Friday.

Lasizwe asked Da L.E.S about the alleged diss track, “You did a diss track about AKA sleeping with your baby mama, Is that why you are not cool any more? Will you ever make peace?”

Da L.E.S made it clear that the track was never about AKA.

“I am glad you asked me this question. No.1 that track was never about AKA and that's on period. No.2 don't believe everything that people say and No.3 I love my family with all my heart so I just decided to choose a path of family and I got a new kid on the way.”

The rapper also made it clear that he is expecting a new baby with the same woman he's been in love with for years. He added that he made a decision to focus his energy on things that matter to him.

Further clarifying where he and AKA stand, Da L.E.S said, “We were at the Spar the other day and we were just conversing so there isn't any beef ... just because MacG said something it does not mean it is true.”

Watch the episode below:

This isn't the first time the bromance has been rumoured to have fizzled out.

Back in 2018, L.E.S laughed off similar suggestions on social media that said the pair had fallen out over girls, money, jealousy or all three.

"We are still really good! We went to a basketball game together. I think a lot of the speculation comes because we haven't done music together but that is not true. We have been recording a couple of tracks together but we have been working on our own projects but we'll drop it when it is the right time."

"We have both been in the industry long enough to worry about ourselves and not what people expect of our friendship," he told TshisaLIVE at the time.