WATCH | Awkward! AKA slams Thabooty for asking about Nelli Tembe 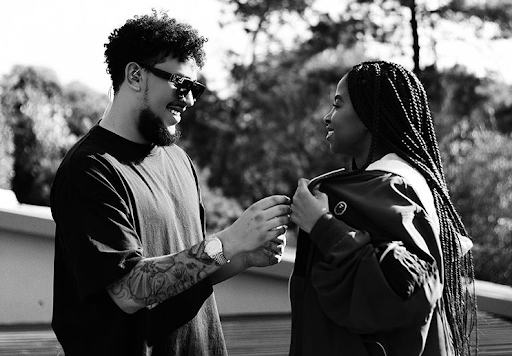 AKA didn't take kindly to being asked questions about the late Nelli Tembe.
Image: Instagram/AKA via welcometoromesa

People on Twitter have labelled rapper AKA rude after he and radio presenter Thando “Thabooty” Thabethe had an awkward moment during a live interview when she asked him questions regarding the death of his late fiancée Anele “Nelli” Tembe, who died earlier this year.

The awkward moment happened on Thabooty's 947 show when she had AKA and artist Costa Titch as guests, owing to the fact that the pair recently released new music together.

Seizing the opportunity of having AKA in the room, Thando asked the rapper to address “the elephant in the room”, referring to developments into Nelli's case and any information AKA may have about it.

“We have to speak about the elephant in the room. You had a sit down with one of our own, Thembekile Mrototo, and a lot of people felt like you said nothing in the interview,” she said.

The Fela In Versace rapper must have felt ambushed because he immediately got defensive. AKA said “so?” and before telling Thando he did not want to talk about it.

“Do you feel a need to say anything about the incident that happened?” asked Thando, to which AKA responded by telling her it is not an incident to him but is his reality.

“You wanna call it an incident. This is my life, bro. To you it's an incident,” he said.

Thando continued to push the rapper, hoping for a substantial response.

“Speak to us about the experience,” said Thando, but AKA said he did not want to.

“Is it something you are never going to answer?” asked Thando

At the end of the interview, Thando gave AKA the middle finger before high-fiving it out and laughing it off.

Nelli died earlier this year after she apparently fell from the 10th floor of the Pepperclub Hotel in Cape Town on April 11.

A month or so after Nelli's death, AKA sat down for an emotionally-charged interview with Thembekile, produced by The Bar Leader TV, to share his version of events that led up to the unfortunate death of his wife-to-be.

The latest update on Nelli's death saw the NPA send the case back to police for “further investigation”.

In a statement sent to TshisaLIVE, Western Cape National Prosecuting Authority spokesperson Eric Ntabazalila said the authority had returned the case to the police, a standard procedure when the deceased appears to have died of unnatural causes.

Police warrant officer Joseph Swartbooi confirmed they would be looking further into the matter.