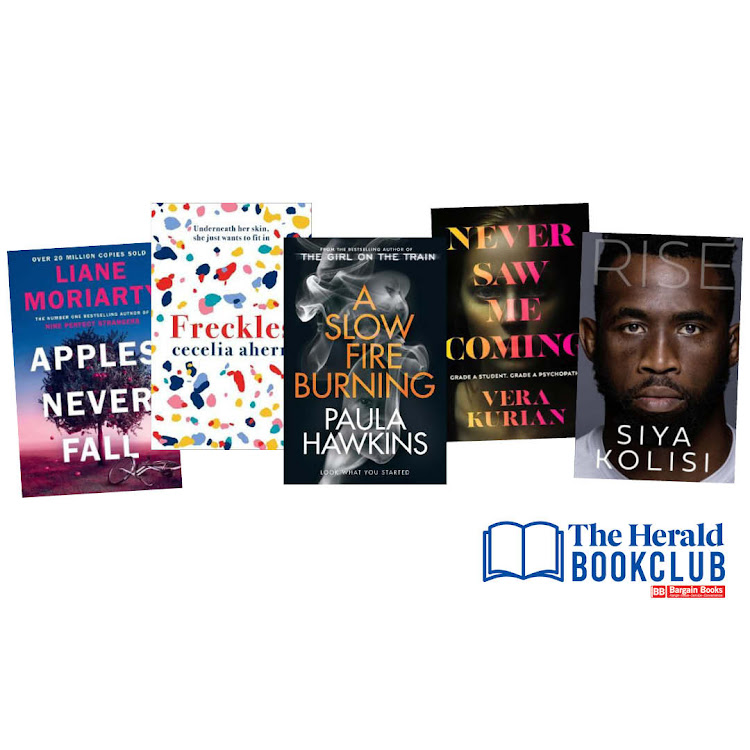 The #1 New York Times best-selling author of The Girl on the Train has done it again.

The scorching new read from Paula Hawkins, A Slow Fire Burning, is one of the best thrillers I have read in years.

The story takes place in London. A young man, Daniel, is found murdered in his houseboat.

Three women who knew him are linked to his murder.

The young and troubled Laura was the last person seen with Daniel in his home. Things did not end well after their one-night stand.

Then there is Carla, Daniel’s grief-stricken aunt.

Hawkins is a fantastic storyteller and from the moment you start reading, you are gripped until the very end.

I read this book in one sitting, it was that good.

Hawkins builds such excellent character development that the reader feels invested in the beautifully flawed women.

This book has many twists and I was pleasantly surprised by the ending.

This book is a must-read.

Get monthly updates with our Herald Book Club newsletter

The new novel from the worldwide No 1 best-selling author of Nine Perfect Strangers and the Emmy and Golden Globe-winning HBO series, Big Little Lies.

The Delaney family love one another dearly — it’s just that sometimes they want to murder each other .

Four wonderful grown-up children. A family business to envy. The golden years of retirement ahead of them.

So when Joy vanishes — no note, no calls, her bike missing — it’s natural that tongues will wag.

Plus, questions abound: How did Stan scratch his face? Why no answers from the police?

And who was the stranger who entered and suddenly left their lives?

What are they all hiding?

The new novel from million-copy best-selling author Cecelia Ahern is an unforgettable story about family, belonging and human connection.

“You are the average of the five people you spend the most time with.” When a stranger utters these words to Allegra Bird, nicknamed Freckles, it turns her highly ordered life upside down.

In her current life as a parking warden, she has left her eccentric father and unconventional childhood behind for a bold new life in the city.

But a single encounter leads her to ask the question she’s been avoiding for so long: who are the people who made her the way she is?

And who are the five people who can shape and determine her future?

Just as she once joined the freckles on her skin to mirror the constellations in the night sky, she must once again look for connections.

Her hobbies include yogalates, parties, and plotting to kill Will Bachman.

Chloe is part of a secret clinical study of young psychopaths run by the university’s psychology department.

Most psychopaths aren’t criminals, but when a string of murders on campus causes upheaval, Chloe’s private vendetta is sidelined.

Partnered with fellow study participants she can’t trust — and distracted by typical university life — Chloe has to walk the line between hunter and prey.

His truth. His story. In his words.

Siya Kolisi, captain of the Springboks, and the first black man to lead his country in over 128 years of South African rugby, shares his story in Rise.

In an extraordinarily intimate memoir, Kolisi charts his story from being born into the impoverished Zwide township, to leading his proud nation to an astonishing victory at the Rugby World Cup in 2019.

However, Rise is not simply a chronology of matches played and games won — it is an exploration of a man’s race and his faith, a masterclass in attaining a positive mindset, and an inspirational reminder that it is possible to defy the odds, no matter how they are stacked against you.

The title, Rise, is inspired by Siya’s mother, Phakama, which translates to the book’s name, as well as a celebration of his Xhosa heritage.

The gripping novel Blood Trail by Tony Park and the hilarious It’s the Answers for Me by Khaya Dlanga are August’s Books of the Month.
Lifestyle
1 month ago