SA wishes Lusanda 'Boniswa' Mbane all the best after her 'Scandal!' exit 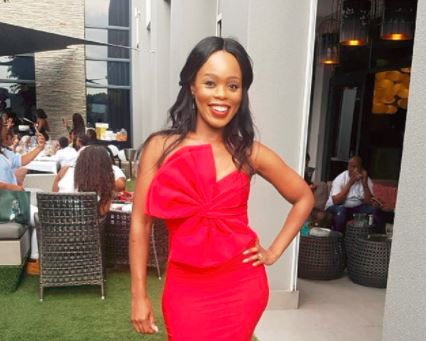 Actress Lusanda Mbane, better know for her role as Boniswa Langa in Scandal!, has bid farewell to the show and Mzansi couldn't be sadder to see their fave villain go.

After Wednesday night's episode of the hit TV series Scandal!, Mzansi was left with a hole in their hearts after the cunning and conniving Boniswa made her exit from the show when her character died, leaving fans wanting more from the iconic actress.

Boniswa, the star's beloved character, is a devious, villainous woman whom Mzansi has grown to love over the seasons of the hit soapie.

“I leave Boniswa as a celebrated, powerful, undiluted villain. This is the end of her journey and she will now remain only in my heart and will continue to live through the millions who continue to give me the best Boniswa Langa quotes and impersonations every day. I love you all,”  she said in a statement to TshisaLIVE last month.

Fans took to Twitter after the news of Boniswa leaving the show emerged last night.

Many were heartbroken to see their favourite antagonist leave their screens, while others wished Lusanda the best after her stellar performance in the show.

Thank you @lusandambane for lending yourself to Boniswa Langa,and thanks @etvScandal for choosing her❤...Boniswa has been a villain I wanted to hate but one I loved https://t.co/zT1Y2lRVxy're such a great actress & I'll miss you but you'll never be forgotten #etvScandal pic.twitter.com/DnNwBungoG

You really brought that character to life!!!!! Siyabulela ❤ #EtvScandal pic.twitter.com/XQBdPiEfZL

I don't want Boniswa to die 😭😭I know she's a bit evil but aibo she can't die #etvScandal pic.twitter.com/BDG8kgh7zu

Lusanda Mbane embodied this role of Boniswa. She played it to perfection. I can't wait to see what else she's got to offer as an actress🙌🏾#etvScandal pic.twitter.com/Pygu9sddVK

Now that her character has died on the show, she's looking to focus on growing her business. Chatting to TshisaLIVE on the TshisaPOD, reflecting on Boniswa, the star revealed that the role was difficult due to the dark nature of her character.

“I knew I wanted to stay five years because I wanted to grow the character, but about two years into it I started thinking the five years wouldn't happen because that's when she (the character) started getting dark. We decided this year would be the year I'm going to close the chapter on Boniswa,” she told TshisaLIVE.

Playing a villainous character was a “taxing exercise” that required her to dig deep into her own emotions.

“At some points in that journey I'd battle to come out of her,” she admitted.

“The journey for me started when I had to find Boniswa within me. To find darkness and give it truth is such a taxing exercise. You tap into parts of yourself you don't want to tap into. I found her very emotionally taxing.”