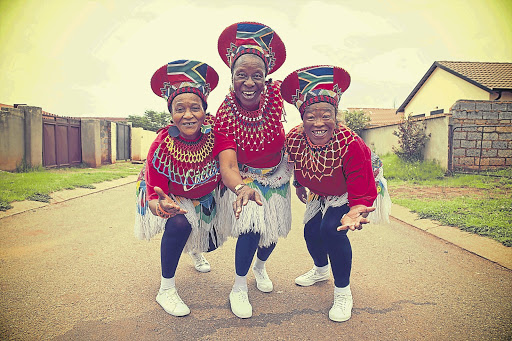 Official family spokesperson Vanessa Tloubatla confirmed the news to TshisaLIVE with a statement on Tuesday evening.

The mbaqanga singer and member of the trio died of kidney failure at the Thelle Mogoerane Regional Hospital in Vosloorus, Gauteng.

“It is with great sadness that we announce the passing of one of the original members of the legendary mbaqanga group, The Mahotella Queens, Nobesuthu Mbadu. Mam’ Nobesuthu passed away at the Thelle Mogoerane hospital due to kidney failure.

“Her family and colleagues are devastated and ask that you allow them the space and time to mourn this amazing queen peacefully and respectfully,” read the statement.

More details about the funeral and memorial service will be communicated by the family.

The group is known for its distinct vocal harmonies, guitar-led mbaqanga music, and fast stage dancing. Initially created as group of  backup singers for deep-voiced vocalist of Simon “Mahlathini” Nkabinde, the group went on to have many hit records,

After disputes and fallouts, in 1987 after the explosion of interest in South African music,  the Queens line-up was rejigged and three of its original singers — Hilda Tloubatla, Nobesuthu Mbadu and Mildred Mangxola — returned to the group.

They released hit songs like Gazette (Kazet), Melodi Ya Lla, Uyavutha Umlilo and many more.

The band continue to perform and record in the 21st century.

Mbadu stopped working in 2017 when her health started deteriorating.