She won the award at the inaugural Hollywood Critic's Association awards. 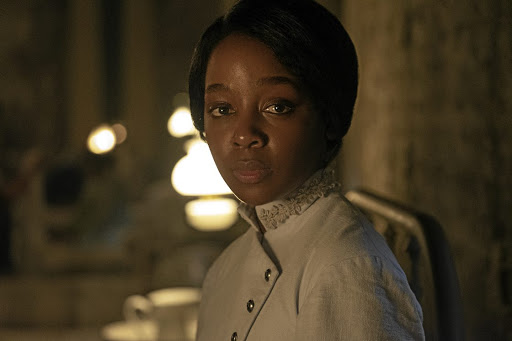 Hollywood has been singing the praises of SA's Thuso Mbedu after her breakout role in 'The Underground Railroad'.
Image: Amazon Prime Video

Mzansi has yet another reason to celebrate all things Thuso Mbedu after the star bagged the TV Breakout Star Award for the role of Cora in The Underground Railroad at the inaugural Hollywood Critic's Association awards.

Thuso, who is currently based and doing the most in Hollywood,  took home the gold after being recognised for her Hollywood debut in the historical fiction TV series.

After winning the award at the virtual ceremony last night, the star took to social media to share the good news with the her fans.

Thuso star announced to her followers that she is taking home her first award of the year, and was thankful for recognition of her acting skills.

“The Underground Railroad has been an amazing journey from start to finish. I could not have asked for a better introduction to storytelling on this side of the world. I am truly honoured. Truly. Thank you to every single person who has walked this journey with me. You’re loved by me. Forever,” she wrote.

Excited to have another reason to celebrate her success, her fans took to social media to congratulate her, along with other celebrities in awe of her bag. Check them out below:

Waking up to this? Priceless. Congratulations @ThusoMbedu well done my love! You deserve this, I’m so proud of you! Surely, goodness and mercy are following you all the days of your life 🙌🏾❤️💃🏾🎉🙏🏾 https://t.co/MOBBF4fnD4

This is just the beginning😍 Thuso Mbedu is still going to win so many awards and deliver amazing international performances👑 Congratulations Thuso🥺❤️ pic.twitter.com/EUAzN8747N

Thuso you represent us as African Queens CONGRATULATIONS 🎊 #congratulationsthuso pic.twitter.com/SD1I2TKxRw

Congratulations Thuso 🙏🏽🎉 you deserve all the success coming your way. Keep on raising our flag high 🇿🇦 We’re proud of you. https://t.co/C6e2dBjHu8

Thuso you represent us as African Queens CONGRATULATIONS 🎊 #congratulationsthuso pic.twitter.com/SD1I2TKxRw

Though she may be receiving acknowledgment for her boss moves now, the star was sadly snubbed earlier this year at the Emmy Awards. After the list of nominees dropped and Thuso was a no-show on the list, some were left confused.

The Underground Railroad scored an incredible 7 Emmy nominations but sadly none in acting categories, which meant that Thuso's “performance of a lifetime”, as described by Oprah, was not recognised by the academy.

None of the cast members got recognised at the Emmys, however the creator of the film honoured them after getting the nods. In his post, Barry Jenkins singled out Thuso and another female star.

“The Underground Railroad would be NOTHING without these two women. On this night (it's 1am here), I can think of no better way to mark the occasion than to celebrate them -this show is unquestionably a creation made in THEIR image, their vision. I love them deeply, Madly, Dearly,” he said.