“I know this is unexpected but I’m so excited to share this part of my life with you all!” Zinhle said 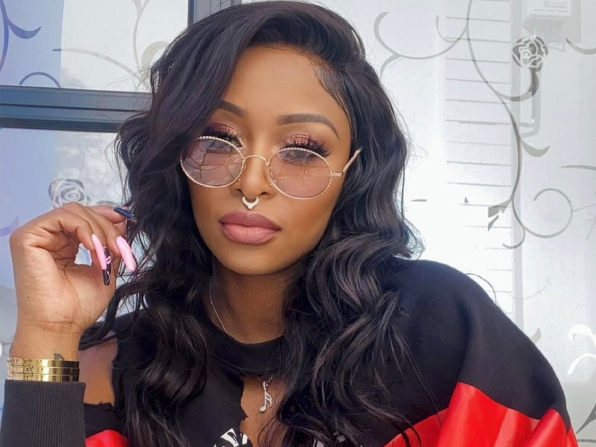 After trying to keep the happy news to herself for the better part of 2021, media personality and businesswoman DJ Zinhle has finally let the cat out of the bag by announcing her upcoming reality show and confirming the news that she's pregnant.

DJ Zinhle left her fans both shook and happy when she showed off her baby bump on the teaser video for her new reality show titled Unexpected.

The speculation about Zinhle's pregnancy was rife about a month ago when sources revealed to Sunday World that Zinhle and her bae Murdah Bongz — of Black Motion fame — were parents to be.

TshisaLIVE reached out for a comment from Zinhle and her team at the time and they declined.

“I have exciting and UNEXPECTED news for you this evening,” said the DJ.

“Allow me to introduce my very own reality show coming to BET Africa channel 129 this September! I know this is unexpected but I’m so excited to share this part of my life with you all! See you on the 18th, right?," she added.

Watch the teaser below:

When the unverified news that Zinhle was looking to join the long list of SA celebs in the reality TV world dominated the TL, fans ran with the assumption that she would follow the likes of Kelly Khumalo and Babes Wodumo and head to Showmax.

However, the online subscription video on demand service unfortunately burst the excitement bubble for DJ Zinhle's fans by confirming that there were no plan or talks in place for the platform to house the DJ's rumoured reality show.

“At this stage, there are no plans for a reality show with DJ Zinhle and Showmax,” Showmax head of content Candice Fangueiro said.

Zinhle at the time, neither confirmed nor denied the swirling rumours and her publicist did not comment on the validity either when TshisaLIVE reached out.

As the post now reveals, the entrepreneur found a home for her show on the BET Africa platform.

Notorious for how she's always kept her personal affairs to herself, fans are super excited for a front-row seat into the life of the “queen of multiple streams of income”.

We are all watching DJ Zinhle’s reality show right???

I think we could all tell that Dj Zinhle has a bun in the oven, Those baggy clothes and plump lips were a huge give away for me. I am so happy for her 😍😍😍🥰🥰🥰.

Congratulations DJ Zinhle I can't wait for the reality show. She's a hard worker and doesn't have time for drama. I Stan👏❤️ pic.twitter.com/jKPfXWxMad