The media personality went into a Gucci store to show SA that he doesn't wear fake Gucci, as alleged by the Instagram page 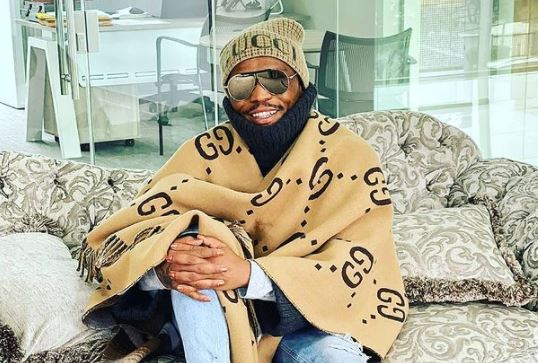 Somizi wants to make it clear that his Gucci apparel is the real deal.
Image: Instagram/Somizi

In his long career, media personality Somizi Mhlongo has been accused of many things, but he simply draws the line at the accusation that he wears fake Gucci.

The media personality took some time out this weekend, braced the cold front to go to a Gucci store just so he could prove to naysayers that he only wears the real Gucci.

Somizi felt compelled to have his name erased from the viral Instagram page that recently popped up, whose main mandate is to expose SA celebrities for allegedly wearing fake designer clothes — Gucci in particular.

Somizi took to his Instagram page to say how much he loved and was a fan of the page. He added that — like many others — he scrolled down the page in pure fascination.

However, he was shook when he got to the bottom half of the page and found that he was mentioned as one of the celebrities who wear “fake” Gucci. His Gucci bucket hat was dubbed a fake.

So he set out to set the record straight. To prove he only wears real Gucci, Somizi went to a Gucci store and took a video of his profile on the store computer — where his transactions in the store have been recorded.

Somizi is not the only celeb that landed on the list. Actress Omuhle Gela, musician Mahoota and Babes Wodumo's hubby Mampintsha were also tagged as celebs allegedly flaunting fake Gucci.

Unlike Somizi, the rest of the celebs on that page have yet to respond to the claims.

Meanwhile, people on Twitter have been loving the page simply because of how savage it is.

The person running the account clearly has no Fs to give about the people he mentions on his page because he tags them in the post to make sure they know that he/she thinks they are wearing fake Gucci. It's messy!

Lmao there's a page called Fake Gucci Community on Instagram it's so hilarious 😭😭 they even tag the people on their pictures 😹😹😹 imagine being exposed like that pic.twitter.com/SkXhaiYdBV

That page that’s exposing fake Gucci on celebrities and influencers. So much pettiness, so much work, they even tag them. Someone must start one for LV pic.twitter.com/QzI62cnXbU

The Gucci fake page on IG is hilarious. Today's stories were sending me.