Yikes! Fans weren't impressed with Ayanda's tweets and asked her to read the room and check her privilege 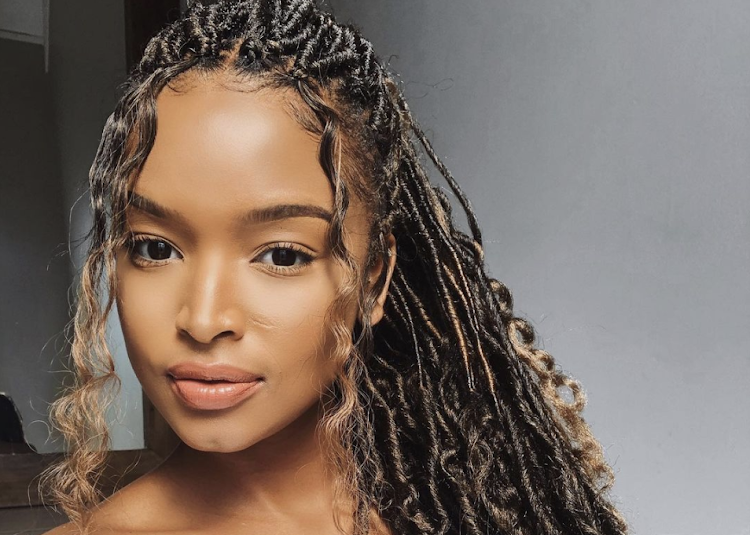 The model has left fans in a mess after claiming that she is at her vacation home to avoid the violence under way in SA.
Image: Instagram/Ayanda Thabethe

Model and TV personality Ayanda Thabethe has ruffled fans' feathers after revealing that she is at her holiday home as civil unrest rages on in SA.

After days of violence and looting, Mzansi has been left devastated at the state of KwaZulu-Natal and parts of Gauteng, thanks to the riots.

Which is why Ayanda's latest tweet had fans up in arms when she took to Twitter to share that she is grateful to be able to “escape the madness” at her holiday home.

Lamenting the suffering and turmoil in SA, in a now-deleted tweet, Ayanda said she is concerned about being able to secure food for her family during the food shortages.

“Grateful to be in the privileged opportunity to escape the madness to our holiday home ... Figuring out how to get food to my family is what's weighing heavily on my heart. I'm going to need to do this 'til things are OK and who knows how long that will take,” she tweeted with a broken heart emoji.

However well-intentioned her tweet may have been, it left many users upset, saying that Ayanda flaunting her privilege of being able to escape to a holiday home is a slap in the face while millions of South Africans continue to face the aftermath of the riots and looting.

TshisaLIVE reached out to Ayanda for comment but she had not responded by the time this article was published.

Check out tweeps' reactions below:

Ayanda Thabethe is the reason why I believe that rich people should stay away from social media during these times.

We are happy for them but we are sensitive right now, life is excessively unkind to the majority of us.

Oh no Ayanda Thabethe folded and deleted the tweet 😂😂😂 i had hoped the queen wouldn’t fold, this was a banger😂😂😂 pic.twitter.com/avhiyf1MSs

Ayanda Thabethe on her way to her holiday home as she opens Twitter pic.twitter.com/RrOnsyKJhX

I fucking hate a person that shoves their privilege in the faces of the poor and that’s what Ayanda Thabethe loves doing. She always takes the time to remind us how privileged she is and how lucky she is that she went from being a receptionist to being who she is today. Boring 🙄

Ayanda Thabethe escaping the madness to their holiday home: pic.twitter.com/84qZlpAYWE

Another celeb who had the TL in a huff over their reaction to the unrest is YouTube sensation Mihlali Ndamase.

This after the star joked about looting luxury car brand Mercedes-Benz. Twitter came down on the star about having a chuckle while millions of people in the country are affected by the looting.

Swiftly deleting the tweet, Mihlali apologised, saying she has learnt her lesson about joking during a critical time.

“With immediate retraction, I’d like to apologise on the tweet I published earlier. I jokingly put that out without considering the harm it may cause, given my position. The intent wasn’t to be insensitive.

“Mercedes-Benz is one of my favourite car brands, I adore them, hence the joke. Of course, I wouldn’t wish that on any business or person. This is a lesson learnt and once again, I sincerely apologise,” said Mihlali.