Fans in for a treat in August, when ‘City on Fire’ by Micayla Oelofse and Eon le Roux is set to be released 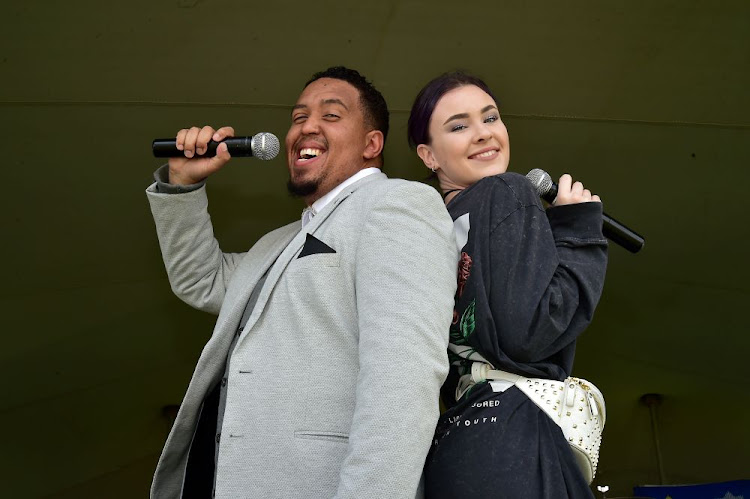 IN HARMONY: Eon Le Roux and Micayla Oelofse have collaborated to give fans a new single
Image: Eugene Coetzee

Two talented Gqeberha musicians who previously thrust the city into the national TV spotlight have come together in a highly anticipated collaboration.

Former Idols SA contestant Micayla Oelofse and former The Voice SA singer Eon le Roux have recently been in the studio together and, if their social media posts are anything to go by, they have had all the fun.

The singers will soon release a new single titled City on Fire, recorded in the Bay.

Since June, Le Roux has been building up momentum through social media to get fans excited about the new project.

He announced the new single on social media on June 14 and shared a blurred photo, asking fans to guess the artist he would collaborate with for a prize.

Many of his fans were right on the money as Oelofse’s name popped up frequently on the comments section.

The two have further drawn in more excitement by releasing behind-the-scenes videos of their studio sessions at Studio 041.

While this is their first collaboration, Oelofse and Le Roux met in November 2019 when they performed at the “Be The Change” festival in Gelvandale.

Oelofse said she had been contacted by Le Roux who said he had a song that needed her voice and off to the studio they had gone.

“City on Fire is about love and a reminder that we don’t need to let people’s opinions get in the way of our love, especially when family, friends and general people are telling us who to love and how to love,” she said.

“The track took us a few days and it sounds so beautiful. I can’t wait for everyone to hear it.”

Oelofse made Gqeberha proud when she was Idols SA Season 15’s youngest contestant and made all the way to the top three.

She said her journey on the show had been inspired by her late mother and supportive family.

City on Fire is her third collaborative release since the show.

She released her debut single, Tragic, during her Idols SA journey in 2019.

She released We Belong with Luke Goliath in December 2020 and Mykonos with Masi Lusani and Austin Summers last week.

Le Roux released his debut single Never In a Million earlier in 2021 after deciding to pursue music full time.

The singer also became Gqeberha’s pride when he sang his way all the way to the top three of  The Voice SA Season 3.

Shortly after the show, Le Roux left his job to focus  on music.

He is now signed to Coleske Artists alongside the likes of Riana Nel, Bobby van Jaarsveld, Ruhan du Toit and Karlien van Jaarsveld.

City on Fire is set to be released across digital music platforms in August. The date has not been confirmed.