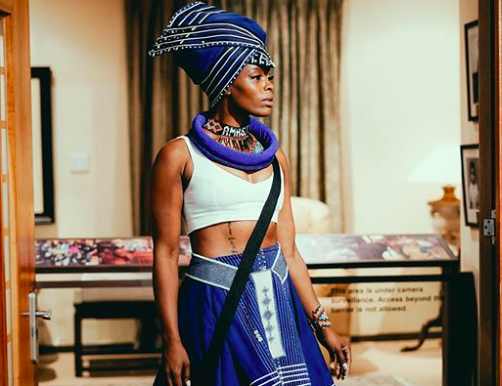 Media personality Unathi Nkayi has advocated for therapy and opened up about how she was depressed and in a “dark place” for the better part of three years until therapy showed her the light at the end of the tunnel.

Taking to social media on Tuesday, Unathi shared a deep and honest post about how therapy helped her overcome her inner battles. Opening up about the toughest year of her life, Unathi shared that she went to therapy every week from January 2017 to the same month in 2018.

“January 2017 – January 2018 I went to therapy every week. From January 2018 until now I’ve been going and continue to go every two weeks. My therapist has now become my life coach. She counsels me through all aspects of my life. Love, work, family, money, spirituality and everything in between,” the post began.

Unathi detailed some of the times she thought she wouldn't survive and admitted that depression had her at the lowest of lows, where she was unable to get dressed to make an appearance and often used alcohol as a crutch to get by.

“There were times I would rock up in my onesie with slippers on and I’d throw a tracksuit over to seem as if I made an effort, which I clearly couldn’t at my lowest of lows. There were times I would rock up stinking of alcohol from the night before, I am sure I have sat on my therapist's sofa still drunk from the night before. BUT through it all I knew I would love the woman I was working on becoming BECAUSE I knew she deserved to be happy. Which I deeply am today.”

The Idols SA judge took the opportunity to strongly advocate for therapy and asked people to remember that while they deserve to be happy, one has to be intentional and work on being happy.

“I could go on and on and on about the benefits of therapy. I also know that it’s easier for me to say because my father is a clinical psychologist, but I just want you to know that you deserve to be happy. But you have to work on your happiness.”