'Doctors still can’t believe I made it': Grandpa considers himself lucky to be alive after 106 days in ICU 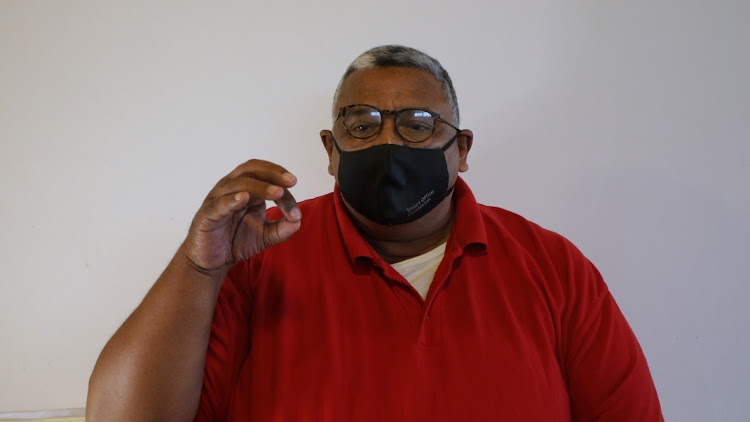 Sarawat Ajam considers himself lucky to be alive after he spent 106 days in ICU.
Image: Supplied

When Sarawat Ajam woke up from a coma after spending 106 days in the intensive care unit (ICU) at Groote Schuur Hospital in Cape Town after Covid-19 infection, the only part of his body that he could move was his eyes.

The 62-year-old grandfather from Mitchells Plain in Cape Town considers himself one of the lucky few to have survived the respiratory disease, and he surprised himself and his medical team when he pulled through after six months of hospitalisation.

“It was not an easy time being in ICU for so long. I am one of the lucky ones. Doctors still can’t believe I made it. I believe there is a higher power that was with me and helped me to survive. I also had God’s angels — the nurses, and doctors at Groote Schuur Hospital that were there to look after me.”

“I am eternally grateful to them. When I woke up from my coma the only part of my body that could move was my eyes, nothing else. I was shocked to see how many pipes were on my body. I did not know where I was.”

While he was in hospital he lost his mother, missed his own birthday, and was unable to spend the early days with his one-year-old great granddaughter.

A month after being discharged from hospital, the great grandpa is “happy to be alive”.

Prof Richard Van Zyl-Smit was one of the doctors on the bedside of Ajam while admitted in ICU.

He said the 62-year-old was one of the longest-staying patients in ICU. “He challenged us at every turn. Having severe Covid-19 on admission, which he thankfully survived, but then developing multiple complications simply from being in ICU for a prolonged period.”

“He also became physically weak which further delayed his coming off the ventilator. (His recovery) is testament to the whole ICU team that supported him — but also to his own courage and determination to keep working with the physiotherapists to get stronger and to his family and friends who provided the additional external support to keep his spirits up. It is truly a remarkable story and one which we all hold on to in this devastating pandemic.”

Though out of danger now, but due to the complications that he experienced with Covid-19 and his long hospital stay, Ajam continues to receive medical attention even post hospitalisation. He is a regular visitor to the hospital’s post Covid-19 clinic for further investigations.

“They wanted me to come in so that they could look at the state of my lungs. I went through everything in the clinic, including the lung tests. The staff are so helpful and could advise on my progress with my condition after recovering from Covid-19. My main problem is still that I cannot walk properly but with this staff by my side I will get to that. The clinic is useful. You get encouraged to get better and live a normal life again,” he said.