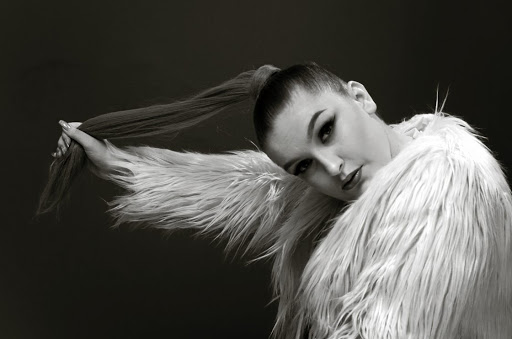 A clip of Holly Rey dancing with president Cyril Ramaphosa has been added to a video of Ramaphosa speaking of his 'stolen' iPad.
Image: SUPPLIED

Sama-winning songstress Holly Rey is the latest star to be used in a remix of President Cyril Ramaphosa's viral “stolen” iPad moment.

Ramaphosa made headlines this week after he joked at a media briefing in Cape Town that his iPad had been “stolen”, asking his staff to locate the device.

One of these incorporated a clip of Holly dancing with president Cyril Ramaphosa as the president speaks of his “stolen” iPad in the audio.

The infectious beat makes it seems like Ramaphosa and Holly are breaking it down to the track.

A whole mood this track😂 pic.twitter.com/7NAzKktRol

After being introduced to the podium by acting presidency spokesperson Tyrone Seale, Ramaphosa joked about not being able to find his device.

As reported by Amanda Khoza for TimesLIVE, the presidency later issued a statement saying the iPad was not stolen and the president was simply “making a lighthearted point while waiting for the iPad to be brought to him”.

The moment was also made into a remix by David Scott of The Kiffness, titled iPad.

It was given the remix treatment by Cape Town producer Max Hurrell, who is the man behind the “Zol” song.

For the people 🇿🇦 pic.twitter.com/FCYYCzaKHU

TimesLIVE this week ran a lighthearted poll asking readers who they would suspect stole their iPad.

Why not vote now and see what others are saying.