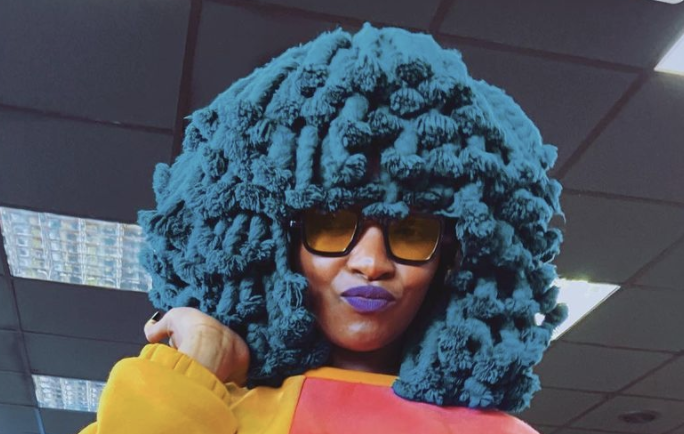 Musician Moonchild Sanelly has come under fire for claiming black security guards allegedly have a “dompas mentality" and allegedly don't have respect for black people.

Taking to Twitter the star ranted over the alleged treatment of other black people.

Moonchild also suggested that they should “aim higher” so one day their hustles would pay off.

“Black security guards have dompas mentality! If you don’t respect and see yourselves, you can’t respect us and we (the liberated blacks by choice) still feel sorry for you and your minds era! Honey, aim higher so you are happier during your hustle! `You could own the security company but you only see today!," said Moonchild.

Black Security guards have DOMPAS MENTALITY!
If u don’t respect & see yourselves
U can’t respect us
& we (the liberated blacks by choice)still feel sorry for u & ur minds era!
Honey aim higher so ur happier during ur hustle!!!
U could own the security company bt u only c today !

Fans called Moonchild out, disagreeing with her comments.

However, Moonchild didn't take the backlash lying down. After one user claimed that her comments come from a single personal experience and that Moonchild was painting broad brush strokes over the issue, she hit back. The musician said she had experienced classism in these interactions and wouldn't tolerate it.

“You mean the one who shouts at you 'cause you're black behind the slow white person who’s actually delaying the line. Then lets the white man behind us stroll again and no embarrassing shouting! please! I hate classism! Period!," said Moonchild.

U mean the one who shouts at u coz ur black behind the@slow white person who’s actually delaying the line the. Let’s the white man behind us stroll again and no embarrassing shouting ! Pls !!!
I hate classism!!! Period!!! https://t.co/bXJdnPbPKP

However, the user went on to point out that systemic oppression is at play and that it has nothing to do with individual action. Moonchild schooled the tweep, hitting back at the discrimination based on skin colour.

“Whatever word you use disrespecting your colour to bow down on whites proudly! Please understand andizi kwikaka 'cause I’m very nice for free masunganyelani,” she tweeted.

Whatever word u use
Disrespecting ur colour to bow down on whites proudly!!!
Pls understand
Andizi kwikaka coz I’m very nice for free
Masunganyelani https://t.co/pV1Wi6e86W