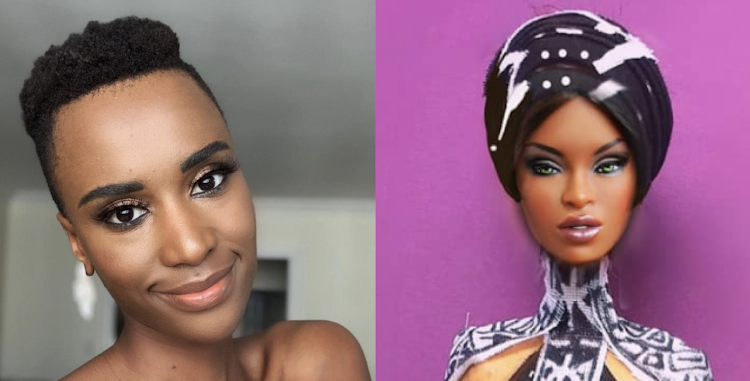 The Sri Lankan doll artist behind the Zozibini Tunzi doll has apologised in the wake of the uproar around it.
Image: Instagram/Zozibini Tunzi x NigyDolls

Sri Lankan doll artist Nigeshan Sivasundharam has issued an apology for the “lack of resemblance” the doll he dressed had to former Miss Universe, Zozibini Tunzi.

Speaking to TshisaLIVE, Nigeshan clarified that he doesn't actually manufacture the dolls or paint the faces, adding that he uses pre-made dolls whose outfits he designs to reflect a certain celebrity.

This comes after Nigeshan came under fire for a doll he dedicated to Zozi, which fans on home soil believed looked nothing like her.

The doll was inspired by Zozi's black and white beaded Xhosa-inspired gown, which she wore at the recent Miss Universe pageant, where she handed over her crown to Mexico's Andrea Meza.

Nigeshan said he designed the doll because he's a mega-fan of Zozi.

“I'm a huge fan of Zozibini Tunzi, this doll is a tribute to her. When I am making the dolls, I only consider the skin tone. I am not a canvas doll maker, I only dress up the dolls in costumes. I'm in Sri Lanka, so I don't have that much knowledge about the face structure of people in SA, I'm sorry,” he said.

Speaking about the gown to Sunday Times, designer Birgit “Biji” Gibbs of Biji La Maison de Couture opened up about working with Zozi on both the 2019 Miss Universe winning look and her final outfit.

“I started Zozi’s Miss Universe journey with her and it just felt right to complete it with her,” said Biji.

Here's some of the social media reaction to the doll.

This is not Zozi

Mmmhhhh, well, at least they got the attire right. But that does not look a thing like Zozi. pic.twitter.com/aka8GvtUtS