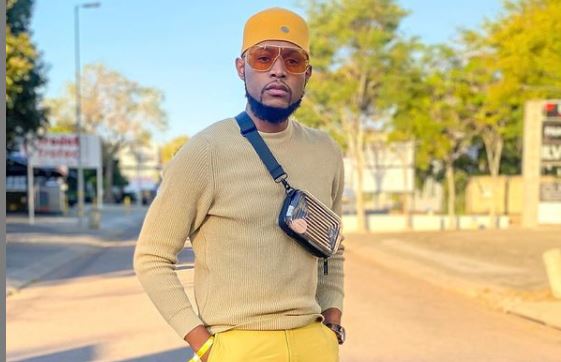 Mohale Motaung-Mhlongo's appearance on Rockville has proven that his acting career is gaining momentum despite the criticism.

Mohale was relatively unknown in Mzansi before he started dating and went on to marry Somizi. However, since then, Mohale has made moves to cement himself as an aspiring actor among many other things.

Taking to Instagram, Mohale bragged about his latest gig and expressed his joy at being part of the much-loved production. Mohale plays the role of Zamani, who is Sipho’s (played by comedian Trevor Gumbi) boyfriend.

“Meet Zamani made a young appearance on #RockVille5 this past Sunday, and the plot has definitely thickened. Adonis is definitely not happy with me and Sipho is definitely up to no good! Ei, Umjolo.

While there's no official word on how long Zamani will be part of the Sunday drama, Mohale's first appearance was enough to cause a stir on the socials.

Here are some of the reactions that have continued to flow since Mzansi met Zamani.

So Mohale Motaung Mhlongo made it to the small screen, not sure about his acting skills though#Rockville

Mohale is within. Somgaga open all the doors for him and sadly he cant shut them........I mean who knew Mohale b4 Somizi...🤓🤓🤓🤓#RockVille5 pic.twitter.com/TK6qrw5N6a

People be hating on @mohale_motaung securing more bags and keeps shinning
His doing well for himself and we Proud of him
Normalize to congratulate someone of their achievements and stop jealousy #Rockville5 pic.twitter.com/vppoS0k2Us

This isn't the first time Mzansi has credited Somizi's connections for Mohale's achievements. When he landed a young gig on e.tv's Rhythm City, Mzansi went back and forth about whether it was Somizi's connections that got him the role, or if he aced his audition and earned the gig.

Mohale had joined the soapie as Kudzon and it was a guest appearance role.

Tweeps went in on him until Mohale addressed the criticism in an interview on Trending SA.

“To be honest, in the beginning when people used to share their thoughts about what I do and where I go, it used to bother me and hurt me.

“Now about the Rhythm City gig, people expect me to not do anything simply because I am married to a famous person. I can't blame myself for getting married to Somizi and that must now not mean I shouldn't pursue any opportunity simply because people are going to say Somizi got them for me,” he said.

Mohale said he followed the normal procedures for casting auditions, which included sending a self-tape. He went on to slam people who said he got the role through special favours or that he was alone at the auditions.