It's #ThusoMbeduDay! Here’s where you can watch 'The Underground Railroad' 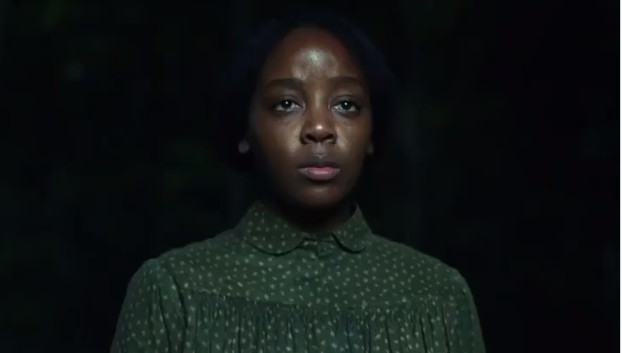 After waiting for what feels like ages, Mzansi is celebrating #ThusoMbeduDay as the  actress made her US debut on Amazon Prime Videos' The Underground Railroad on Friday.

Since it was announced that Thuso had scored the gig, Mzansi has been waiting in anticipation to watch her in action. The twice Emmy-nominated actress plays the lead role in Barry Jenkins' adaptation of Colson Whitehead’s Pulitzer Prize-winning novel.

The novel follows the life of Cora, a young slave who escapes from a plantation with her companion, Caesar, and heads north on the underground railway.

The Underground Railroad is available on Amazon Prime Video.

Otherwise, you can watch it at Joburg Theatre. The theatre is hosting an exclusive watch party where they will be screening the first episode of the series on May 14, from 7pm. Tickets are free, but booking is essential due to limited capacity.

Check out more of the details below:

Actress Natasha Thahane is also hosting a watch party sponsored by Capitec for the good sis.

Earlier this week, the bank announced the news that the watch party would be hosted by the Blood and Water actress on its release day. It announced on Twitter that tickets would be up for grabs.

“Two years ago we helped an Emmy-nominated SA actress journey to the USA. Now Natasha Thahane is hosting a viewing party on 14 May for Thuso Mbedu's new series. We're giving away 2 double tickets for Jozi and 1 for KwaZulu-Natal. Retweet with a shoutout for Thuso and use #ThusoMbeduDay to stand to win,” Capitec said.

While some are only planning on attending the watch parties later or are planning on making a Friday night date out of watching the series, the early bird have already started sharing raving reviews of Thuso's performance and the series as a whole.

“Am at the airport watching The Underground Railroad. No, look, that Emmy is ours. Thuso’s performance soaring. Barry Jenkins' directing is masterful. Each shot is a great painting,” author Khaya Dlanga said.

Check out some of the Thuso celebration tweets on the TL:

It’s #ThusoMbeduDay! 🥳 Thuso, today we celebrate you. Not just your talent but your sacrifices, every ‘no’ & every doubt you’ve conquered. We celebrate your courage to try again, we celebrate the million little miracles that carried you here. Soar sis! ❤️ #TheUndergroundRailroad pic.twitter.com/oOrXjIeRej

Am at the airport watching The Underground Rail. No, look, that Emmy is ours. Thuso’s performance soaring. Barry Jenkin’s directing is masterful. Each shot is a great painting. #ThusoMbeduDay pic.twitter.com/aiwXtSA7HL

Bo Lova!! So today is #ThusoMbeduDay!!!! 💃🏽💃🏽💃🏽
So we rocking our sneakers, ne? And ofcourse we will be watching #UndergroundRailroad. Ahhh man, we are so proud of you @ThusoMbedu. This is definitely one for the books! #LookAtGod 🙌🏽💃🏽💃🏽💃🏽💃🏽🎉🎉🎉🎉 pic.twitter.com/iBxb9VZ15P