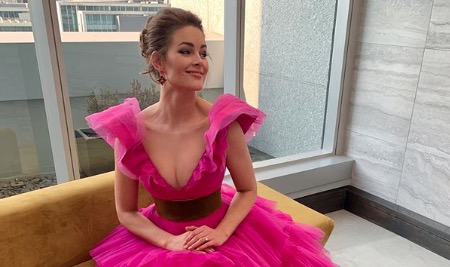 Former Miss World and model Rolene Strauss has been discharged from hospital and is recovering at home after falling ill on Sunday.

“I have known her for more than nine years and she has never been ill, so this is very difficult for me to see. Our boys don't understand why mommy isn't coming home and it breaks my heart,” he wrote.

She has since been discharged from hospital after spending two nights and has taken to Instagram in a catch-up video to update her fans on her health. She thanked them for their well-wishes.

“On Sunday afternoon I started feeling really bad, with tremendous amounts of abdominal pain. I tried to do everything at home that I could, but nothing really worked,” said Rolene.

She went on to explain that she was concerned that the pain could have been caused by appendicitis. However, after tests, it was ruled out. Rolene also said that doctors think that they have found the cause of her pain and she is being treated at home with prescribed medication.

After the ordeal, the star also had some advice for fans to take more interest in their health and wellbeing.