Khaya Dladla's back on 'Uzalo', says there’s a deeper message in GC's return 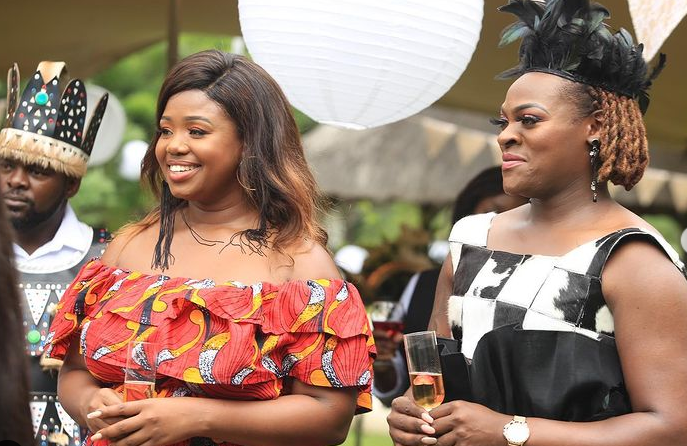 Uzalo’s GC, played by actor Khaya Dladla, is back by popular demand along with his broken English and “know-it-all” attitude.

Speaking to TshisaLIVE, the prolific actor said being back as GC was thrilling for him.

“It’s been a while since I’ve stepped into GC’s shoes so I was very scared about how he would come across, or will it even play correctly because it had been quite a while... so it is nerve-wrecking but exciting at the same time.”

Khaya said he was glad producers gave him and his colleague Nokuthula Mabika (who plays GC’s bestie Thobile) a lot of creative freedom and that’s what helped them tell the current storyline. After returning from Joburg GC and Thobile think they breathe flavoured oxygen.

Uzalo fans resonated deeply with the storyline and even made the pair trend. Everyone who has left their home province to go to Gauteng or know people who have, found they could relate to GC and Thobile's current storyline.

“It’s the weirdest thing because that’s what Joburg people do as well when they move to Durban, the next thing they try and speak such hectic Zulu... it’s like they are trying to prove to the people they left behind that they are good where they are, they are settling in and speaking the language and so on...

“It’s a beautiful story and its funny but it’s also sad at the same time because through this story we get to understand why people do that and it boils down to how it’s a mental health issue connected to societal expectation and fake appearances.”

Khaya said if people took a closer look, they would soon realise the image GC and Thobile were selling – about going to Joburg for the first time and coming back rich – was unrealistic and was mostly about keeping up with the expectation.

“It doesn’t even make sense because in what world would a person go to Joburg with nothing and come back with a convertible in such a short space of time? I’m not sure what job you would be doing but that's suspicious.

“People apply so much pressure to themselves to sell this image and to their families and eventually you realise you can’t keep up with it ... then depression hits!”

Just watch the pair slaying below: