‘My Little Pony’ reimagined in new Netflix series and movie 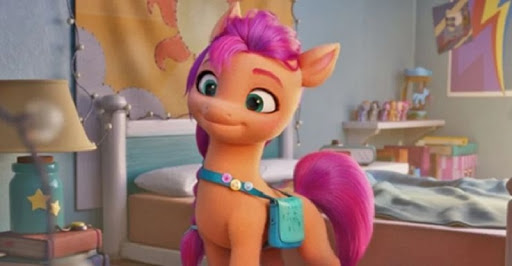 SWEET STORYTELLING: Netflix is bringing out a new animated series and a movie based on the much-loved My Little Pony brand
Image: Supplied

Some franchises just never die despite my lack of interest in them. Like My Little Pony.

When the shows first arrived when I was young, my young boyish mind was more interested in swords and guns than magical ponies and, as a result, I never got into it as I believed it was purely for girls.

My Little Pony: Friendship is Magic would prove that stereotype wrong as it became a property beloved by just about everybody, finishing up a 222-episode run in 2019.

I was way too old to care about the series despite many people my age somehow being drawn to it in a way that I will probably never understand.

Netflix is working on both a new animated series and a movie for the popular toy brand in its latest reimagining.

For Hasbro, even though their beloved toys continue to sell well, this collaboration with Netflix is just another opportunity to bring more of the same sort of sweet storytelling to kids around the world and obviously lead to many more toy sales along the way.

The fifth generation of the My Little Pony franchise is being developed through Hasbro’s entertainment studio, Entertainment One, and the company has revealed   the plot of the film that is being directed by Rob Cullen and Jose Ucha.

In the new movie, the pony world of Equestria has lost its magic.

Friendship and Harmony have been replaced by paranoia and mistrust, and ponies now live separated by species.

Sunny — a feisty and idealistic young earth pony — is convinced there’s still hope for this divided world ... but her slightly misguided and often hilarious efforts to change hearts and minds have led to her being branded a misfit.

When Sunny befriends a lost unicorn named Izzy, who wanders innocently into the earth pony town of Maretime Bay, the town has had enough.

Izzy and Sunny must embark on an epic adventure that will include a daring jewel heist, outrageous conspiracy theories, elaborate musical numbers, and the world’s cutest flying pomeranian.

Their adventures will take them to faraway lands and force them to challenge the status quo by facing their fears and making new friends out of old enemies.

The world Sunny has dreamed of her entire life could finally become a reality as Sunny and her newfound friends fight to prove that even little ponies can make a big difference.

The series will reportedly follow the film, though there is less clarity on what this series will be about and who is involved with this project.

If previous iterations of this franchise are anything to go by, expect kids to love this forthcoming movie and series while dragging their parents along with them to the toy store to spend their hard-earned money on more of those little toys.