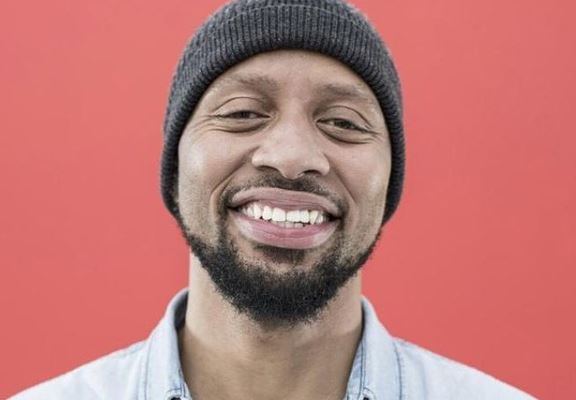 Known for all things controversial, veteran broadcaster Phat Joe sent social media users into a state of frenzy when he made a guest appearance on equally controversial radio host MacG’s Podcast and Chill.

Proving throughout the years he has no fear what people say about him, Joe candidly unpacked several topics on MacG’s latest episode.

During the laidback type of interview session at Bafokeng Corner, Soweto, the Cheeky Palate host touched on his radio career, the reasons why he usually doesn’t see eye-to-eye with other industry mates, the effects of cancel culture and his time in the US.

He also lifted the lid on his views of radio producers who hire A-list celebrities as radio personalities, claiming he blames himself for this trend because he started it when he brought Pearl Thusi to Metro FM.

Here are three reasons why the interview was lit:

1. Views on cancel culture by the LGBTQ+ community.

Watch the rest of the interview here:

Dubbed the controversial king, Joe hit the headlines on many occasions last year.

This is after being pulled off air following a backlash from the LGBTIQ+ community in 2019 when he took jabs at Anele Mdoda for being on the Miss SA judging panel.

In March it was announced Joe had resigned from Radio 2000 less than a year after joining the station.

“The SA Broadcasting Corporation’s (SABC) radio station Radio 2000 would like to announce the resignation of its breakfast show host, Mr Majota ‘Phat Joe’ Khambule. Phat Joe joined the breakfast show Phat Joe and the family in April 2019,” the SABC said in a statement.

The station did not give any other details concerning his resignation but rumours of a possible exit had surfaced a month earlier when he missed several shows.

The renowned broadcaster made headlines again in October when his new TV show, Cheeky Palate, sparked outrage from its first episode.

The show reignited the controversial discussion about people using the Bible to justify homophobia with one of his guests, pastor Gerry Rantseli-Elsdon, making comments about the Bible apparently being “clear” on homosexuality.