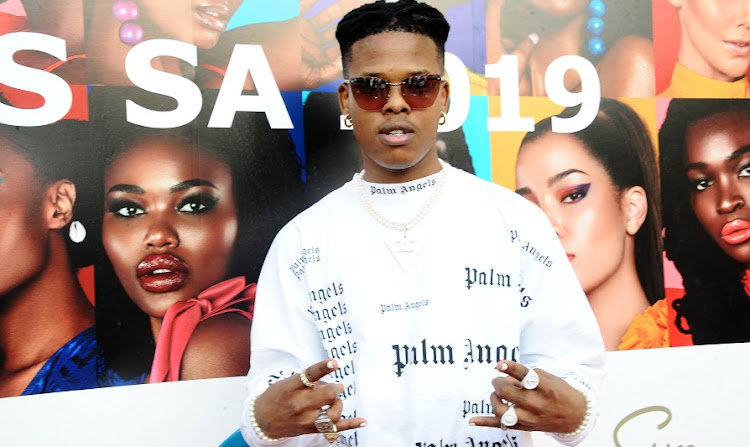 Nasty C is set to appear on the 'The Ellen DeGeneres Show'.
Image: Gallo Images/Oupa Bopape

Hip hop heavyweight Nasty C has clinched an interview on The Ellen DeGeneres Show this Friday and Mzansi is rallying behind him all the way.

The rapper, who is also set to perform his latest single Black & White alongside American singer Ari Lennox, took to Twitter to announce he would be appearing on the popular US television talk show.

Nasty C will perform the new track featured on his latest album, Zulu Man With Some Power, which is also the lead single on the Coming 2 America African inspired album set to drop on March 5.

Yea we goin up tomorrow!!! Let the whole world know!! @theellenshow thank you for the put on 🙏🏾🖤🤍 pic.twitter.com/pSQEoW04M9

This is not the first time Nasty C has featured on an American TV show. He performed They Don't alongside T.I. on Late Night with Seth Meyers in June last year.

Earlier this month, Nasty C spilled the tea on working on Rhythms of Zamunda: Music Inspired By Coming 2 America album.

In an interview with TshisaLIVE, Nasty described the experience as a dream come true, even though it wasn't a part of his plans.

“It's exciting, it's like one of my dreams coming true. It's not even a dream I was very conscious or aware of – you see when you grow up watching movies and you hear your favourite artist's song in the movie or the soundtrack makes it more dope man!”

The Eazy hitmaker said he chose to submit the song he believes speaks highly about the beauty of black love without revealing too much, explaining there will be a wonderful love story seen in the movie.

“Black & White speaks to the romantic side of the movie, especially when it comes to the prince falling in love and that's a big part of the story. The song saves him from a lot of things and it also answers a lot of questions without trying too hard.”

News that Nasty C would be making a young cameo on the daytime television show left social media users filled with nothing but pride.

My favorite American show. I have written to this show sooooo many times yet not even one respond. Love her soooo much. Well done @Nasty_CSA.. showing you love all the way from 🇿🇦 @TheEllenShow

Congratulations!!! 🔥🔥🔥🔥🎉🎉🎉 You just keep doing the things❤️. Please do a freestyle rap 😎 pic.twitter.com/XnswLcTMEP