'I feel like when I am quiet, they win in the court of public opinion by ruining my reputation and painting me to be a person I am not. I can no longer allow that to happen' 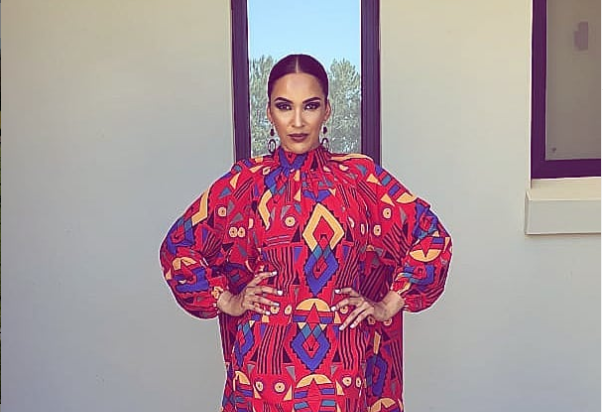 After staying mum amid one of the most publicised cheating scandals of 2020, TV personality Katlego Maboe’s estranged girlfriend Monique Muller has broken her silence while they continue to face off in a legal battle.

Western Cape police confirmed to TshisaLIVE that Katlego had been arrested earlier this month for being in contempt of court, and the matter made headlines last weekend.

TshisaLIVE understands Katlego failed to adhere to a previous court ruling with regards to accommodating Monique and their son.

Col Andrè Traut, who for legal reasons could not provide a name, confirmed an arrest and court appearance: “Kindly be advised that a 34-year-old man was arrested on January 2 2020 in Pinelands for contempt of court and appeared in the Goodwood magistrate’s court on January 6.”

In an exclusive interview with TshisaLIVE, Monique said even though she had been warned by the court not to speak to the media about case-related matters, she was concerned it seemed she was the only one adhering to the court’s instructions.

“We are all legally warned by the court not to make comments to the press. However, there seems to be an imbalance as to who the law applies to.”

Monique said she felt like media coverage about their situation had been turned into a “public slander campaign”.

It is for this reason she decided to speak out.

“The idea that I’m looking for attention with the allegations I’ve levelled against Katlego is bizarre when I’m the only one not speaking to the media. Which is why I’m so tired of this narrative they’re trying to portray and have come out to counter it.”

She added: “I feel like when I am quiet, they win in the court of public opinion by ruining my reputation and painting me to be a person I am not. I can no longer allow that to happen.”

Katlego’s lawyer Ellen Louis and his PR team declined to comment on his arrest or any events related to it, stating the matter was before the courts.

“You are aware the matter is being heard in the magistrate’s court and is sub judice. No comments can be made and any party making comments to the media or publishing any allegations can be held in contempt of court,” said Katlego’s PR official Lerato Maleswena.

In October last year, Monique and Katlego’s relationship made headlines after cheating and abuse allegations were cast into the spotlight by a viral video of a heated exchange between them.

Katlego admitted to being unfaithful to Monique but denied abuse allegations.

It later emerged and was confirmed by Western Cape police that Monique had obtained a protection order against him.

In the wake of the allegation, Expresso Morning Show pulled Katlego off air pending the outcome of the investigation. OUTsurance has pulled all adverts featuring Katlego and he has been replaced as the face of the insurance giant.